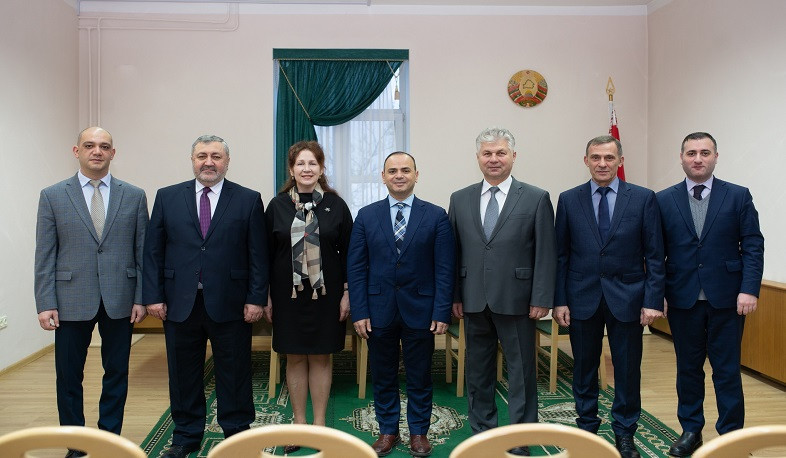 Activities of Armenian community in public life of Belarus discussed

High Commissioner Zareh Sinanyan met with the Commissioner for Religious and Ethnic Affairs of Belarus, Aleksandr Rumak. Zareh Sinanyan introduced his Belarusian counterpart to the Office’s work and ongoing programs, which are aimed at further strengthening cooperation and ties between the Republic of Armenia and Diaspora.

In turn, Commissioner for Religious and Ethnic Affairs Aleksandr Rumak stressed the significant role many outstanding Armenians have played, leaving a mark on the country’s history. Among them are Yan (Avanes) Majaryants, Alexander Miasnikian, Marshal Hovhannes Baghramyan, and others. During the meeting, it was noted that the Armenian community of Belarus is the sixth largest group among the 156 nationalities living in Belarus, mostly concentrated in Minsk, Mogilev, Babruysk and Grodno.

Meeting attendees discussed the activities of the Armenian community in various spheres of public life in Belarus, including the participation of Armenian creative teams in various cultural events.

The meeting was attended by Armenian Ambassador to Belarus Razmik Khumaryan, Chairman of the Armenia Cultural-Educational Union of Minsk, and Chairman of the Advisory Council at the Commissioner for Religious and Ethnic Affairs, Georgy Yeghiazaryan.