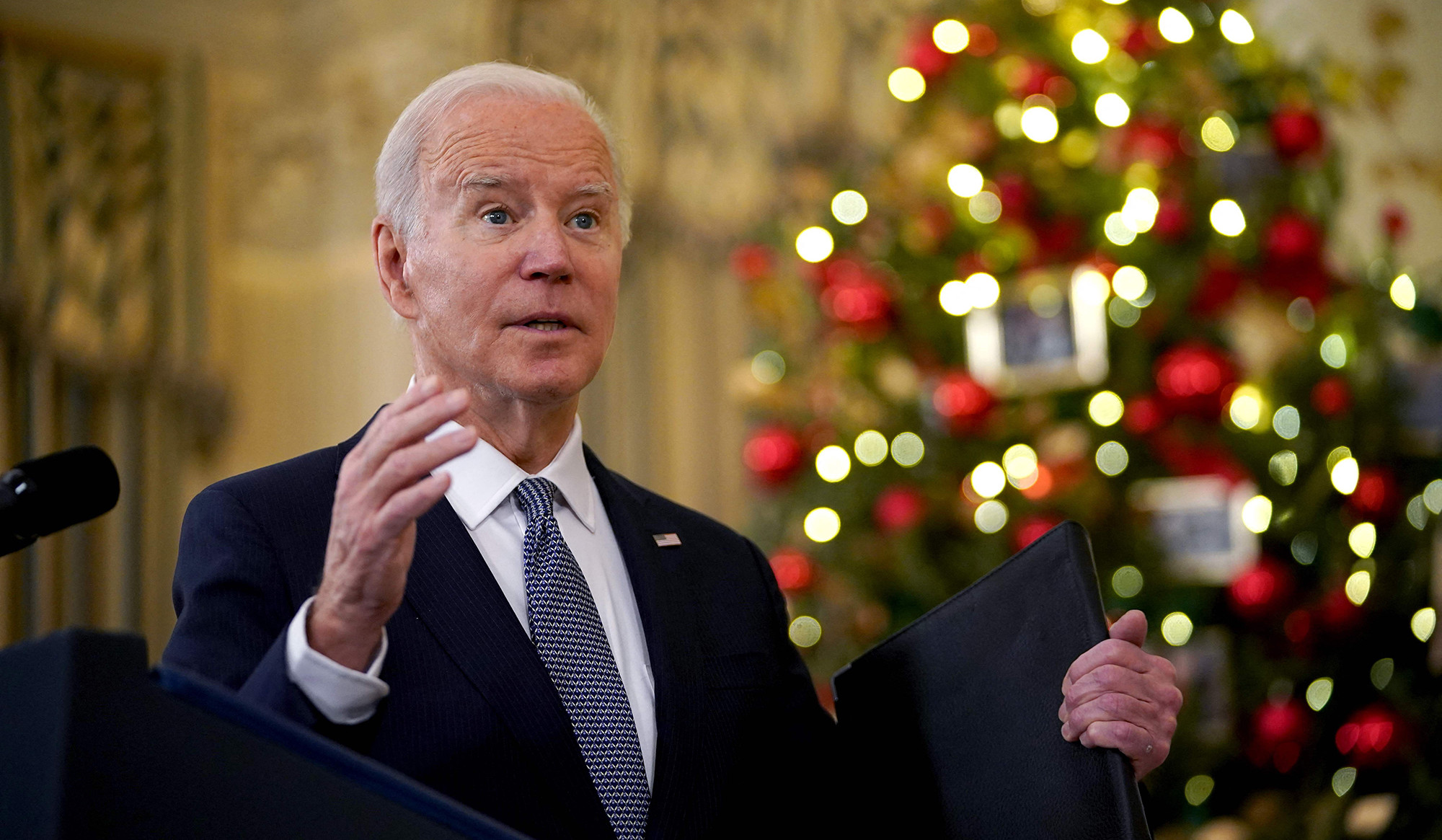 Biden says he will discuss Russia-Ukraine crisis with Putin

U.S. President Joe Biden said he was going to have a "long discussion" with Russian President Vladimir Putin about the Russia-Ukraine crisis and that he would not accept Russia's "red lines," Reuters reports.

"We're aware of Russia's actions for a long time and my expectation is we're going to have a long discussion with Putin." Biden told reporters as he departed for a weekend trip to Camp David.

More than 94,000 Russian troops are massed near Ukraine's borders, Ukrainian authorities have said, citing intelligence reports suggesting Moscow may be planning a large-scale military offensive for the end of January.