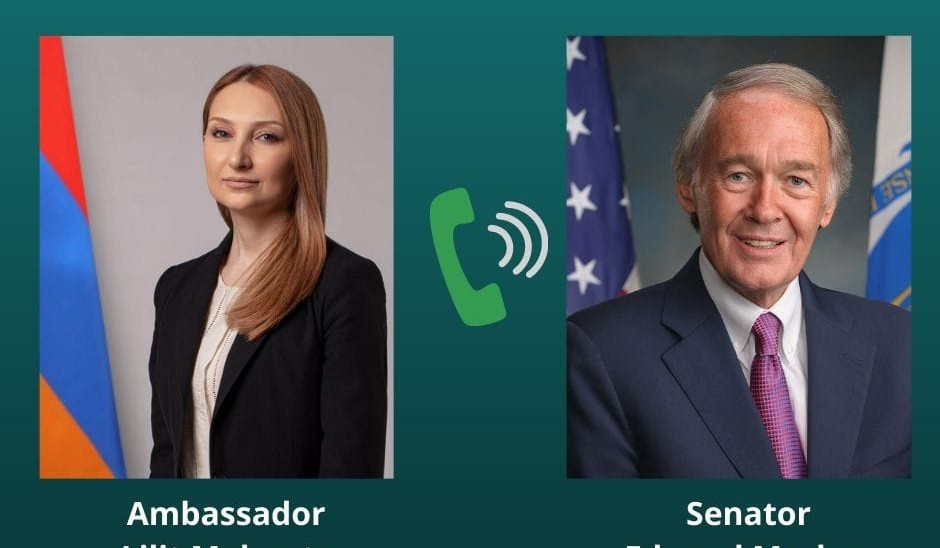 On December 1st  Lilit Makunts, Ambassador of the Republic of Armenia to the United States of America, held a virtual meeting with Senator Edward Markey (D – Massachusetts).

Interlocutors dwelled upon regional security environment and in this context Ambassador Makunts presented the position and assessment of the Republic of Armenia.

Ambassador Makunts emphasized the comprehensive settlement of the Nagorno-Karabakh conflict within the mandate of the OSCE Minsk Group Co-Chairmanship and informed about the ongoing processes in that direction.

Ambassador Makunts stressed the need for the unconditional repatriation of Armenian prisoners of war held by Azerbaijan. In that regard Senator Markey expressed readiness to work in the Senate to facilitate the release of prisoners of war.