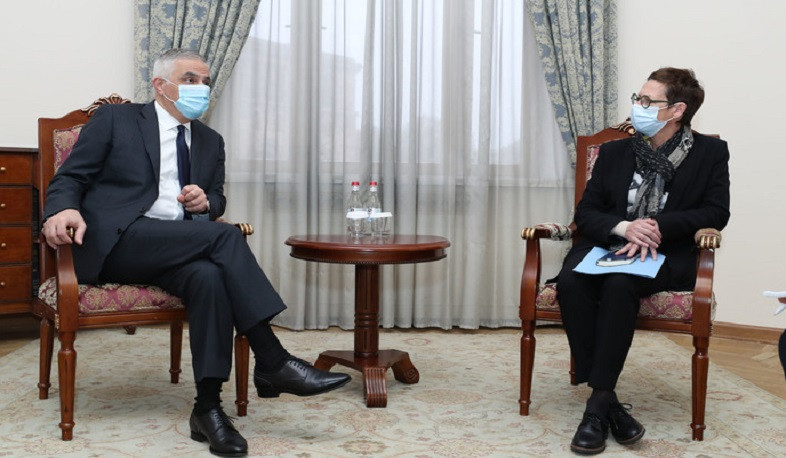 Welcoming the Ambassador, the Deputy Prime Minister congratulated her on her appointment, noting that relations with France have always been of special importance for Armenia. Taking the opportunity of the meeting, Mher Grigoryan once again praised the support provided by France to Armenia in all difficult times.

The French Ambassador stressed that she will make every effort to further deepen and expand the Armenian-French relations.

The interlocutors discussed possible directions of cooperation between the two countries. In this context, the Deputy Prime Minister presented several priority areas of cooperation, such as infrastructure development, water sector and information technology.

Touching upon the settlement of the Nagorno-Karabakh conflict, the Deputy Prime Minister stressed the role of the OSCE Minsk Group Co-Chairs.

Reference was also made to regional developments, including the possibility of unblocking regional transport and economic ties.