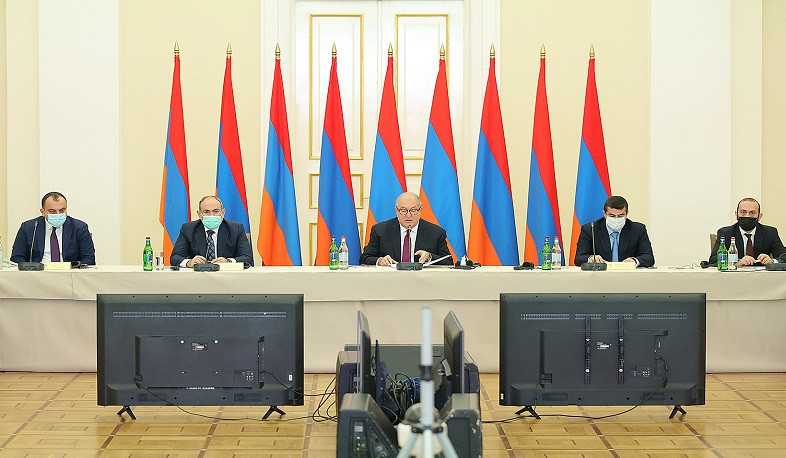 Prime Minister of Armenia Nikol Pashinyan is participating in the 30th session of the Board of Trustees of ‘Hayastan’ All-Armenian Fund, where he serves as member of the board of trustees.

The meeting began with a moment of silence in memory of fallen soldiers.

The agenda of the meeting includes the discussion of the results of a study conducted into the government’s use of the 52,703,114,113 drams which was donated by the fund from October 8, 2020 to November 1, 2020; the re-appointment of Haykak Arshamyan as executive director and other reports.