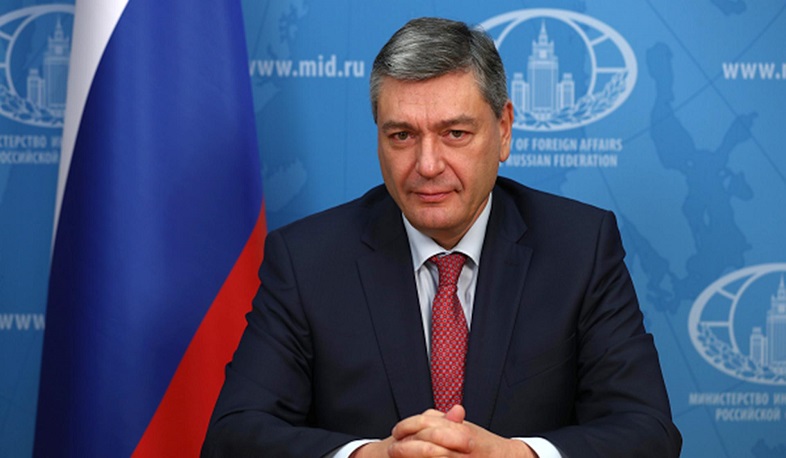 The Russian side expects that at the meeting of the leaders of the Russian Federation, Azerbaijan and Armenia in Sochi, it will be possible to outline promising directions for the normalization of relations between Baku and Yerevan, Russian Deputy Foreign Minister Andrei Rudenko told TASS on Friday.

“We expect long-awaited peace and stability to be established in the region as soon as possible,” he said.

Speaking about the upcoming meeting of the leaders of Armenia, Russia and Azerbaijan in Sochi, Rudenko said “the meeting as a whole is aimed at summing up certain results of the past year after the signing of the trilateral statement on ceasefire on November 9, 2020, to see what has been done and what can be done next to advance the peace process, and how to advance further the process of normalization between the countries as a whole.”

“We hope that at this meeting the leaders of the three countries that signed the statement will outline these promising directions”, Rudenko said.

The diplomat added that there are still well-known issues in the Nagorno Karabakh settlement process. “Those relate to the unblocking of transport communications, the delimitation of the Armenian-Azerbaijani border, where, unfortunately, we witness armed incidents from time to time, which result in human losses,” the Deputy Foreign Minister explained.