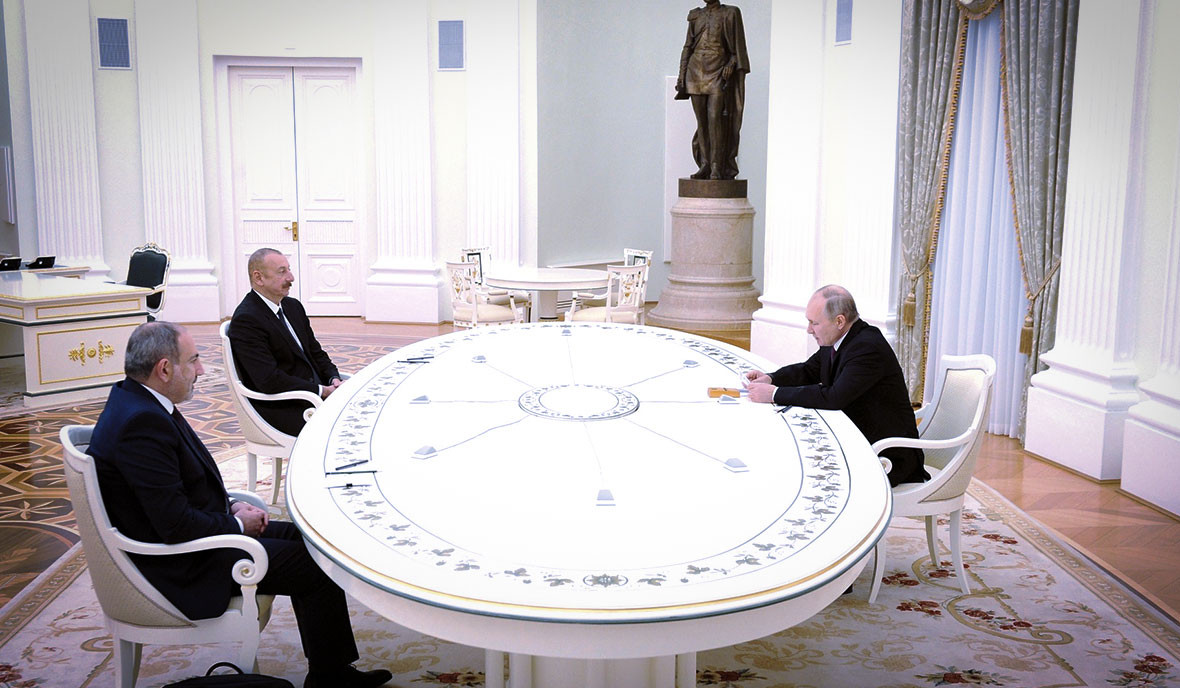 By the initiative of the Russian Leader, the trilateral meeting of the Russian President Vladimir Putin, Armenian Prime Minister Nikol Pashinyan and Azerbaijani President Ilham Aliyev will take place today in Sochi.

The Press Service of Kremlin reported that the process of fulfilling the agreements of November 9 and January 11 is planned to discuss, as well as outlining the further steps for strengthening the stability and establishing peaceful life in the region.

Except for that, the issues of the recovery and development of the trade-economic and transport relations will be the center of attention. Private conversations of the Russian President with Armenian and Azerbaijani leaders are also planned.