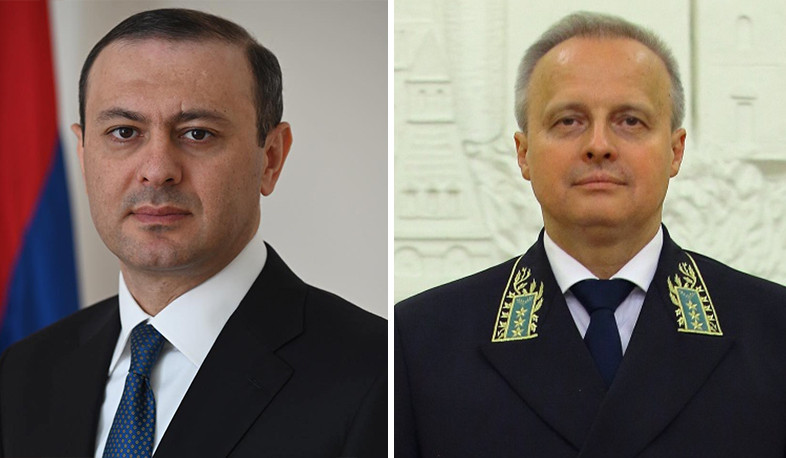 On November 16, Secretary of the Security Council Armen Grigoryan met with Russian Ambassador to Armenia Sergey Kopyrkin, the Office of the Secretary said in a statement.

The sides reaffirmed the complete implementation of the agreement reached earlier, that is the exchange of prisoners of war with “all for all” principle.

Armen Grigoryan and Sergey Kopyrkin also discussed the unblocking of communications in the region.