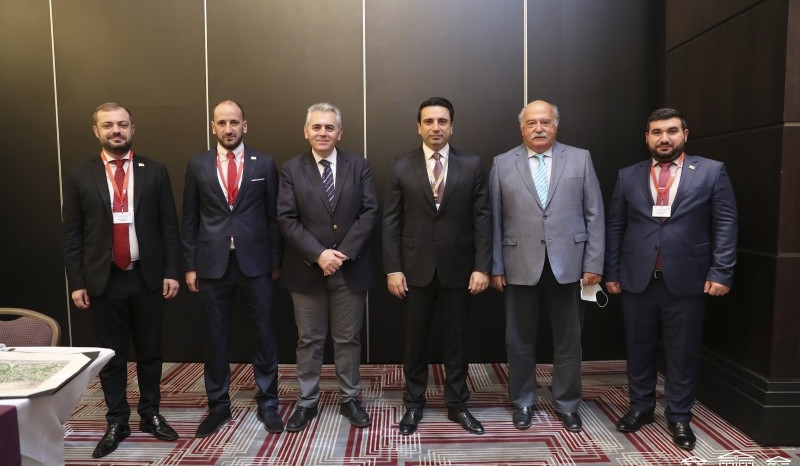 The delegation led by the President of the National Assembly Alen Simonyan takes part in the two-day European Conference of Presidents of Parliament in the capital of Greece Athens, delegates of the 47 countries attend. The conferences with this format are held once in two years.

The debates of the panel format with the heading democracies facing the Covid-19 public health crisis: sharing experiences, the way forward were directed at the overcoming of the crisis caused by the pandemic.

Within the framework of the first topic of the conference the undertaking of the emergency means by the member states of the Council of Europe amid the pandemic, which were done exclusively for Public health purposes. In this regard, some provisions on the restriction of human rights were voluminously debated. The PACE Rules of Procedure were the key issue of the Q&A, in the conditions of the sanitary restrictions according to them, the works go on in distant and alternative ways.

The issue of the best experience to provide the dialogue with the citizens amid pandemic by the national parliaments was also in the core of debate. The presidents of parliaments of different countries presented the experience of providing the regular work by the legislative bodies amid pandemic to the conference.

The other agenda debates of the two-day conference will go on under the headings of national parliaments and the right to a healthy and sustainable environment and the common future of all European citizens.

The RA NA President Alen Simonyan will deliver a speech at the plenary session with the heading of the common future of all European citizens.

Before the launch of the Conference works, the NA President Alen Simonyan met with Maximos Charakopoulos, the Secretary General of the Inter-Parliamentary Assembly on Orthodoxy, the Member of the Hellenic Parliament of the Republic of Greece.