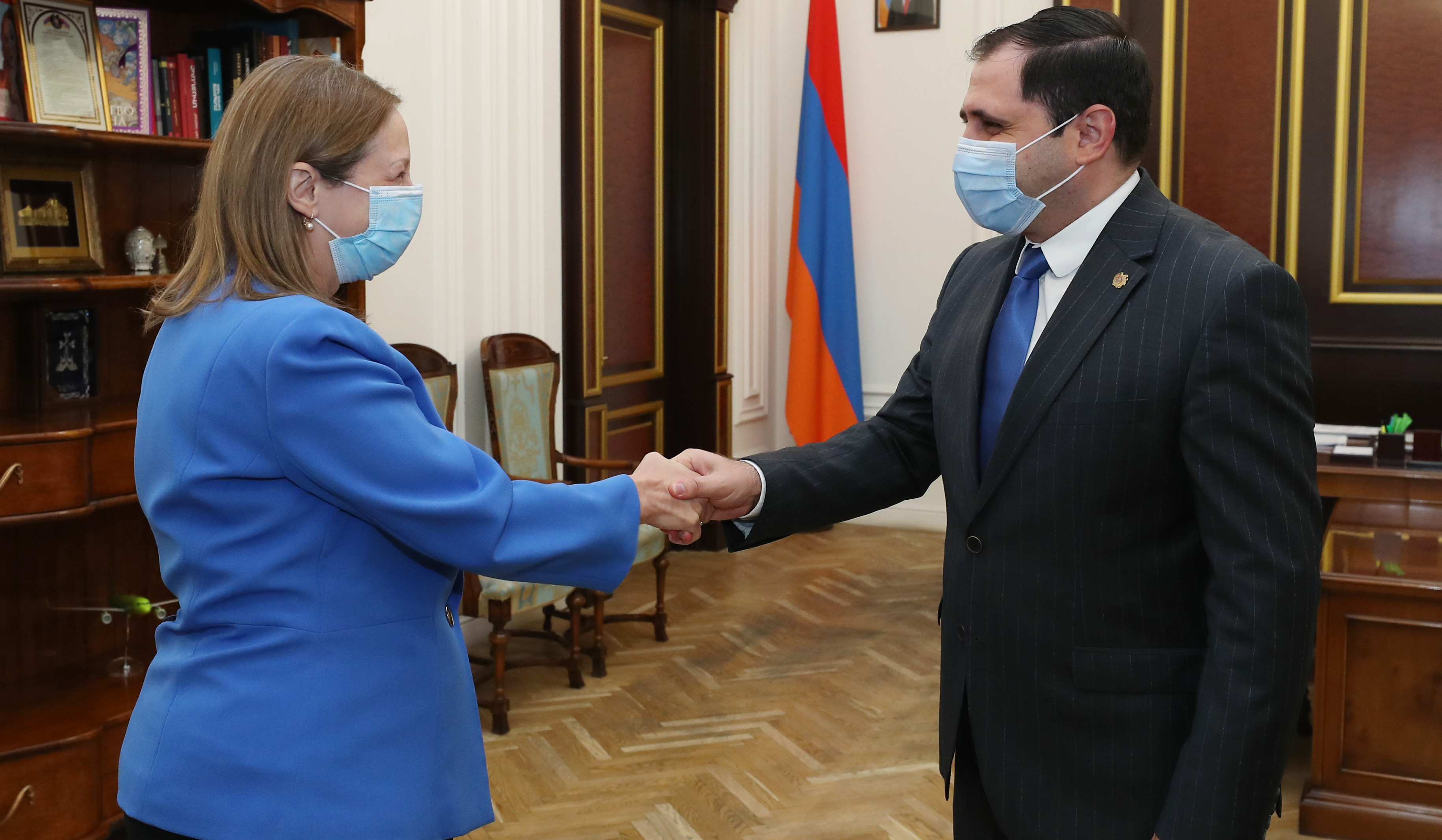 As the Government of Armenia reported, alongside the development of Armenia-US relations, Papikyan also attached importance to the role of the United States within the framework of the OSCE Minsk Group. He also set aside the importance of advancement of the economic agenda and underscored the usefulness of the country’s involvement in various areas.

Ambassador Tracy congratulated Papikyan on assuming office and expressed confidence that the effective cooperation will be ongoing and will expand.

The parties discussed justice reforms, the establishment of the patrol service and the prospects for the development of the justice system and infrastructures.

They also touched upon the coronavirus pandemic, the overcoming of the consequences, as well as the administrative and territorial reforms in Armenia, in regard to which Deputy Prime Minister Papikyan expressed gratitude for the support provided within the scope of the USAID. Issues related to the mining industry were also discussed.

The Deputy Prime Minister and Ambassador also discussed the situation regarding the Goris-Kapan motorway. Papikyan talked about the actions aimed at building alternative roads and added that the new 44 km road will be completely asphalted in the next few days.