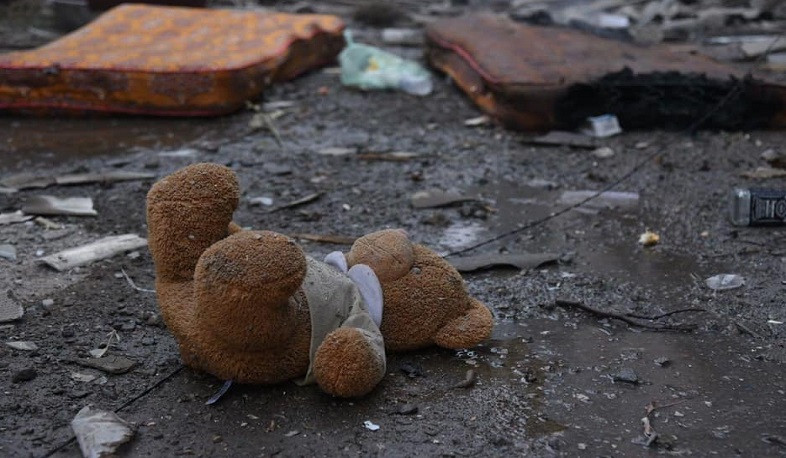 The large-scale war that Azerbaijan unleashed against Artsakh (Nagorno-Karabakh) on September 27, 2020 was accompanied by Azerbaijan’s unprecedented war crimes and crimes against humanity. This is stated in the message of Ombudsman of Armenia Arman Tatoyan.

“On the very first day, 9-year-old Victoria Gevorgyan was killed in the yard of her house after the city of Martuni of Artsakh was shelled.

Peaceful civilians of Artsakh Genady Petrosyan, 69, and Yuri Asryan, 82, were brutally beheaded; the Azerbaijani soldiers taped the whole process of the beheadings so that they can disseminate their exceptional cynicism and enjoy the “glory”.

Civilians and servicemen were tortured and subjected to cruelties with the active participation of jihadists and terrorists during and after the war. Civilian settlements and Armenian churches were destroyed.

All this was accompanied by videos showing cynical behavior.

The Azerbaijani assaults during COVID-19 were crimes against humanity which markedly increased the number of deaths, paralyzing the healthcare systems of Artsakh and Armenia.

All this was accompanied by propaganda of hatred and hostility which were only encouraged by the Azerbaijani authorities.

The happenings lead us to the unequivocal conclusion that ethnic cleansing and genocidal policy were implemented.

We must not forget that Armenophobia and hostility, which are sponsored by the Azerbaijani state, have become extreme and fascist.

To date, no perpetrator of a war crime has been punished, and the policy of hatred and hostility will continue to be implemented, the danger of atrocities will be current and the peace and safety of people will be undermined so long as the guilty haven’t been punished,” the Ombudsman’s statement says.