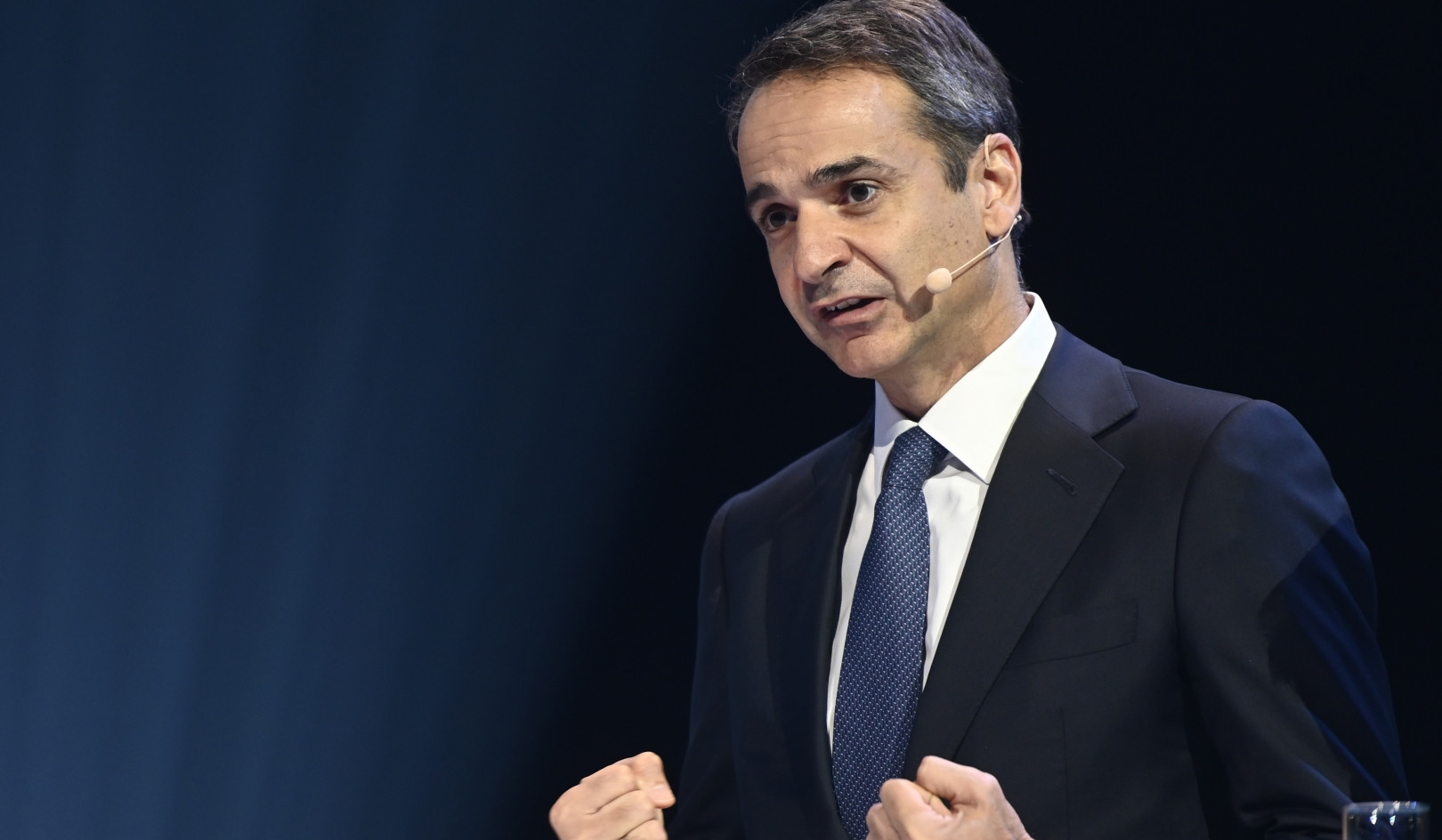 Mitsotakis opened his address by speaking about the COIVD-19 pandemic. The PM particularly praised Europe, saying that European countries lead the way with vaccination efforts, as well as re-distributing vaccines to other countries in need.

Mitsotakis then shifted his focus to climate change. The PM critiqued the language surrounding the issue, and urged his fellow leaders to turn words into actions:

“The question is whether we are capable of aligning are flowery rhetoric with averting a catastrophe with unimaginable consequences. Let me be clear. This is no longer about climate change. This is about addressing an acute climate crisis.”

His remarks were especially poignant following the fires that had ravaged Greece and its islands this past summer.

Mitsotakis had particularly harsh words for Turkey. The Greek leader said that Turkey “ignored a series of UN Resolutions” on Cyprus and was insisting on the “militarisation of the island”.

“It continues its illegal violation of Cyprus’ maritime zones and airspace and violates UN resolutions on the fenced area of Varosha,” he said.

The PM insisted that the issue could only be resolved with UNSC Resolutions, which called “for a mutually acceptable settlement of a bizonal, bicommunal federation”, and that the notion of a two-state solution was “simply unacceptable”.

He said he was “pessimistic” on finding a solution on the Cyprus issue, noting Turkey’s continued violation of the island-nation’s sovereignty through its exploratory drilling and Ankara’s support for a two-state solution  “What I am pessimistic about is the Cyprus issue. Turkey continues to violate the sovereign rights of the Republic of Cyprus,” he said.