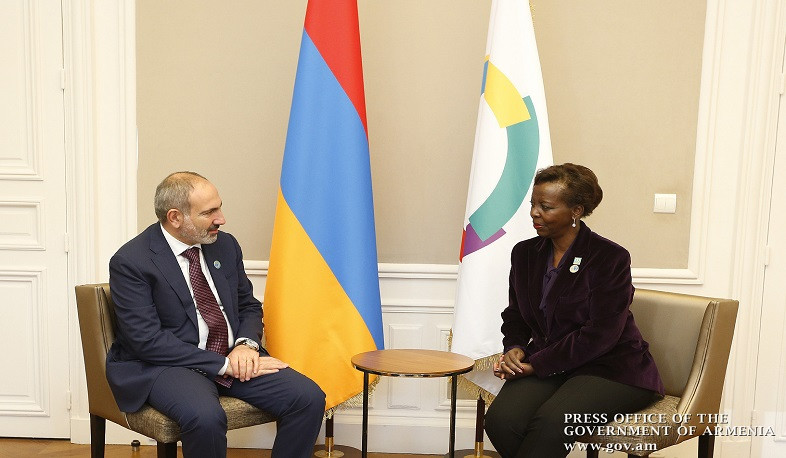 Louise Mushikiwabo, the Secretary General of “La Francophonie” sent a congratulatory message to the Prime Minister Nikol Pashinyan, on the occasion of the Independence day.

I am happy to send you my warm congratulations on Armenian national holiday.

On the behalf of the “International Organization of La Francophonie” and myself personally, I want to reaffirm to you the whole importance I report on the development of cooperative relations between your country and “La Francophonie”.

Considering the circumstance that Armenia is resolutely involved in the works of the instances in the framework of the presidency of the Summit of Heads of States and Governments,

I wish the privileged connections with our organization to get closer, continuing to push mutual ideals of peace and freedom forward, which pass with updated versatility, more carefully to the equality between men and women, also the versatility of culture and language, which is so important for “La Francophonie”.

I reaffirm the readiness of “La Francophonie” to support Armenian initiatives, especially the ones directed to the reinforcement of legal state, strengthening of democracy and promotion of French language”.