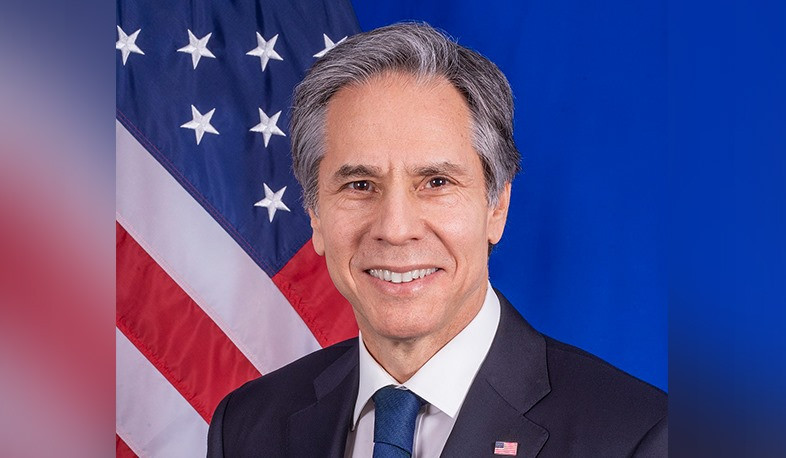 US Secretary of State Antony Blinken issued a congratulatory message on the 30th anniversary of Armenia’s Independence.

“On behalf of the United States of America, I send best wishes to the people of Armenia as you celebrate the 30th anniversary of your independence.

In the three decades since Armenia rejected oppressive communist rule and declared independence from the Soviet Union, the United States and Armenia have developed a strong partnership based on respect for human rights, the rule of law, and democratic institutions.  We appreciate Armenia’s dedication to both these shared values and to its international commitments that play such a vital role toward strengthening peace and stability in the region.

We value the important contributions that Armenian-Americans have made that enrich communities across the United States and add to our nation’s vibrancy.  These cultural connections and our people-to-people ties continue to strengthen the bond between our nations.

As a co-chair of the OSCE Minsk Group, the United States remains committed to helping the sides negotiate a long-term political settlement of the Nagorno-Karabakh conflict and address the humanitarian impact of the fighting, including the release of all detainees, accounting for those missing, and the full and expeditious exchange of remains.

On this important day, we congratulate Armenia and look forward to building upon our strong bilateral relationship.”