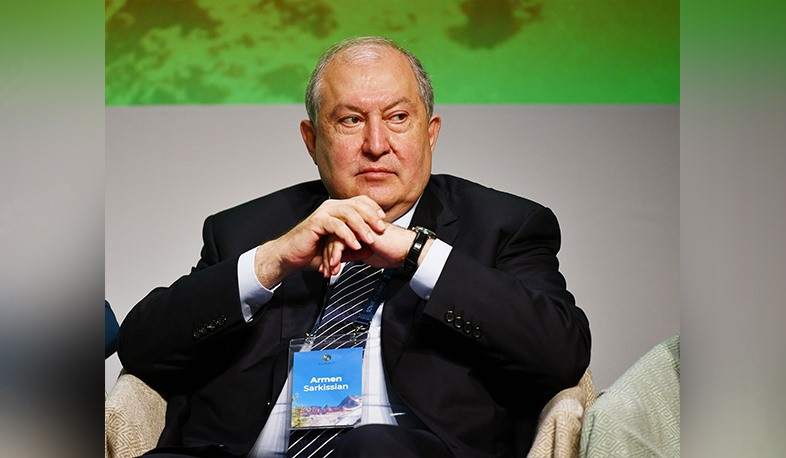 They heroically defended their Homeland: Armen Sarkissian spoke at Summit of Minds about 44-day war and soldiers' courage

Armenian President Armen Sarkissian delivered a keynote address at the opening of the Summit of Minds in Chamonix, France.

About 100 representatives of different countries held discussion on challenges and problems facing the contemporary world, as well as courage and bravery with their various manifestations.

President Sarkissian particularly referred to the 44-day war unleashed by Azerbaijan against Artsakh (Nagorno-Karabakh) and the courage of the Armenian soldiers.

“I am the President of a nation whose children were at war with Azerbaijan last year. The 44-day war was not only against Azerbaijan, as that country was fighting with the open support of Turkey, with its drones, equipment, etc.,” said President Sarkissian.

The President said that during and after the war it was difficult to sign decrees on awarding the soldiers posthumously, as “behind each decree there was a broken young life and a description of everything that had happened to those young people. They were about 20 years old. They heroically defended their homeland by fighting against their ‘Goliath’.”

Speaking about courage and bravery, President Sarkissian noted that accepting and telling the truth requires courage. “We have many problems all over the world because politicians, organizations, individuals, businessmen, culture figures are not honest. In our lives, both personal and political, we see that many people pretend instead of being honest or not to lie. To overcome fear, to be brave, one must not lie, first of all, refrain from deceiving oneself. Instead, we have to face reality and act.”

President Sarkissian invited the participants of the discussion to take part in the Third Armenian Summit of Minds scheduled for October 23-24 in Dilijan, Armenia.