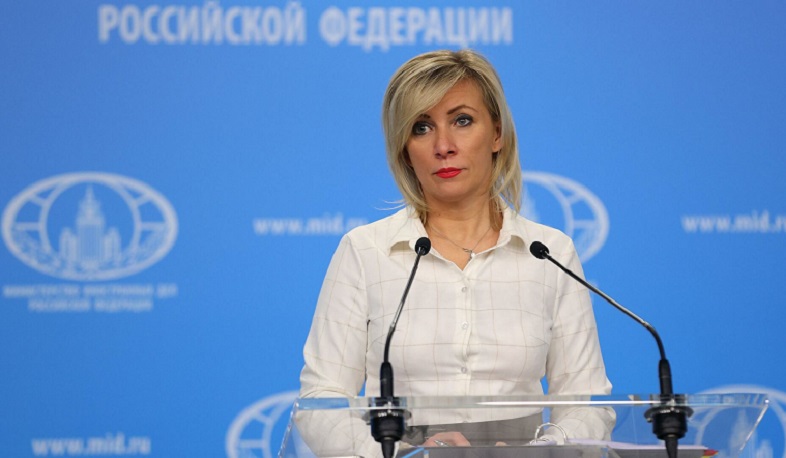 The briefing of the official representative of the Russian Foreign Ministry Maria Zakharova took place today. Speaking about the situation on the Armenian-Azerbaijani border, Zakharova noted that Russia is closely following the border developments.

Answering the question that Azerbaijani servicemen are checking the documents of the Iranian drivers and their vehicles on the road near the village of Vorotan, Maria Zakharova said:

“These developments once again confirm the need to start the demarcation of the Armenian-Azerbaijani border as soon as possible. The proposals of the Russian side on this issue were passed to both the Azerbaijani and Armenian sides. We are waiting for an answer to guide further processes.

At the same time, we will continue our joint efforts with Armenia and Azerbaijan to unblock economic and transport ties in the region.”

Referring to the joint Turkish-Azerbaijani military exercises in the Caspian Sea, the Russian Foreign Ministry spokeswoman stressed that Russia's position was conveyed to official Baku.

“We are in touch with our Azerbaijani counterparts,” Zakharova added.