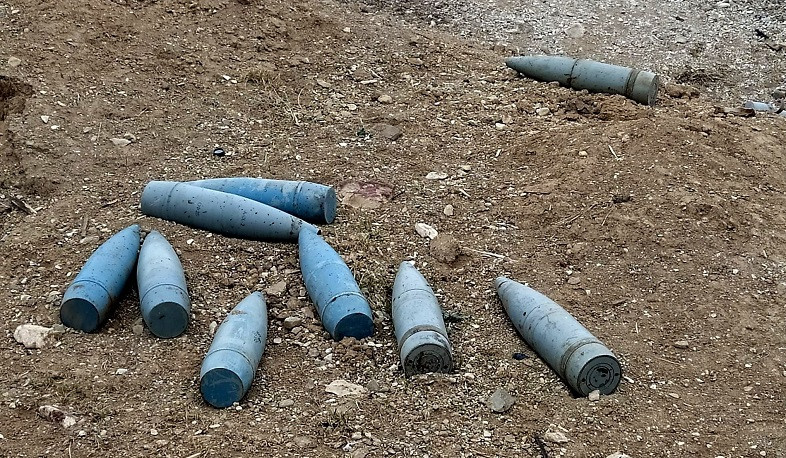 From September 6 to 12, 2021, a total of 924 calls were registered at the Crisis Management Center of the State Service of Emergency Situations of Artsakh (Nagorno-Karabakh).

Firefighters made 13 exits during the week. Five cases of fire were registered in Martakert region, a cattle farm and dry grass-covered area burned: three - in Martuni region, a fire broke out in a garbage dump in Askeran. One of the five fires registered in Stepanakert broke out in the area near Baghramyan Street. A dry grassy area, trees and bushes were burnt.

One report was registered on traffic accidents, three citizens were injured. The rescuers took them to a medical facility with the help of doctors and police officers. Their health condition is satisfactory.

During the week, sappers from the Rescue Forces Department, sappers from the Russian peacekeeping forces, the Humanitarian Demining Center Foundation and The Halo Trust non-governmental demining organization carried out engineering research in the territory of the Artsakh Republic.

During seven days, 4 hectares of land were demined by the sappers of State Service of Emergency Situations, 4 anti-tank mines, 50 cluster missiles, 5 air bombs, 13 grenade launchers of PG-7 type were neutralized.

Rescuers made 5 exits to search the territories under the control of Azerbaijan. A total of 1,663 bodies were found and evacuated after the ceasefire.

The search continues today in the Hadrut region.