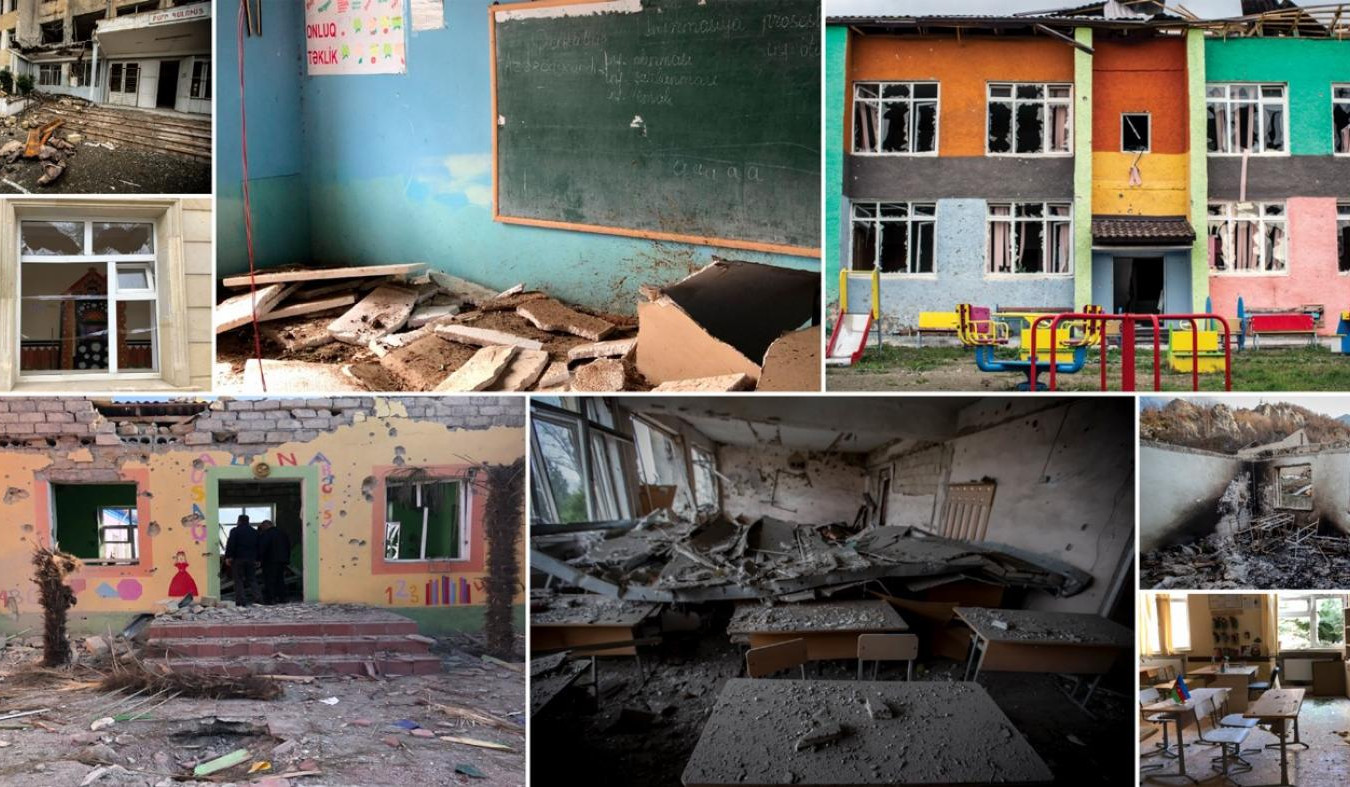 ‘Lessons of war’: HRW report refers to bombing of schools and pre-schools during 44-day war

In its ‘Lessons of war’ report, Human Rights Watch referred to the targeting, bombing and destruction of schools during the 44-day war unleashed by Azerbaijan.
The reports starts with reminding that on September 27, 2020 a shell killed Victoria Gevorgyan. She was just 9 years of age. The shell landed in the yard of her home in the Martuni region of Nagorno-Karabakh.
‘Lessons of war’ report states that during the 44-day war at least 71 schools on the Armenian side, including two in the Republic of Armenia, as well as dozens of kindergartens, arts schools, sports schools, and vocational schools.
The authors of the report, studying many facts, being in the conflict zones, talking to eyewitnesses, concluded that the Azerbaijani forces used weapons with a large area of damage, including artillery rockets; and such strikes were most likely non-selective, hence - illegal.
Views 114