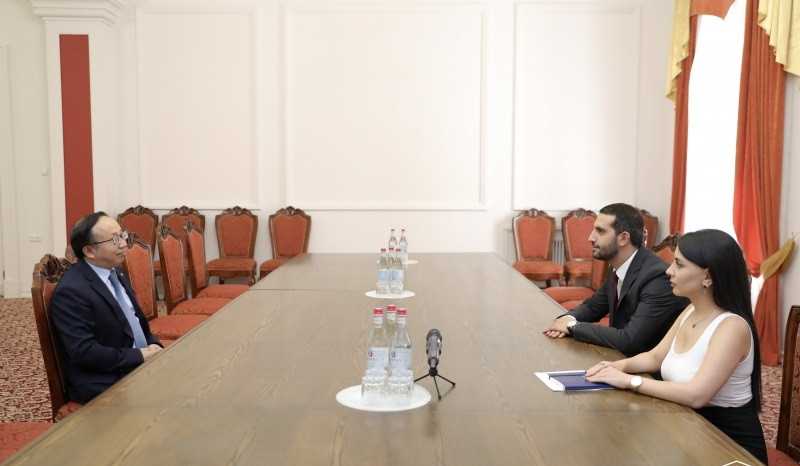 On August 17, Ruben Rubinyan, Deputy Speaker of the National Assembly met with Fan Yong, Ambassador Extraordinary and Plenipotentiary of the People's Republic of China to Armenia.

Welcoming the guest, Ruben Rubinyan congratulated on the 100th anniversary of the founding of the Chinese Communist Party.

The Vice-Speaker of the Parliament noted that China is one of the strong partners of Armenia, stressed that the political dialogue between the two countries is at a high level.

Expressing gratitude for the meeting, Ambassador Fan Yong mentioned that cooperation and friendly relations with Armenia are important for them.

Ruben Rubinyan informed that the Armenia-China Friendship Group is one of the largest active groups in the National Assembly. He expressed readiness to further intensify and deepen the cooperation between the friendship groups of the two countries.

During the meeting, Ruben Rubinyan presented the situation created as a result of Azerbaijan's encroachments on the sovereign territory of Armenia. He stressed that the Armenian side has suffered casualties due to the Azerbaijani aggression.

The Ambassador Extraordinary and Plenipotentiary stressed the establishment of peace in the region, the integrity and security of the borders of the Republic of Armenia, expressing hope that the issue will be resolved exclusively through peaceful means.