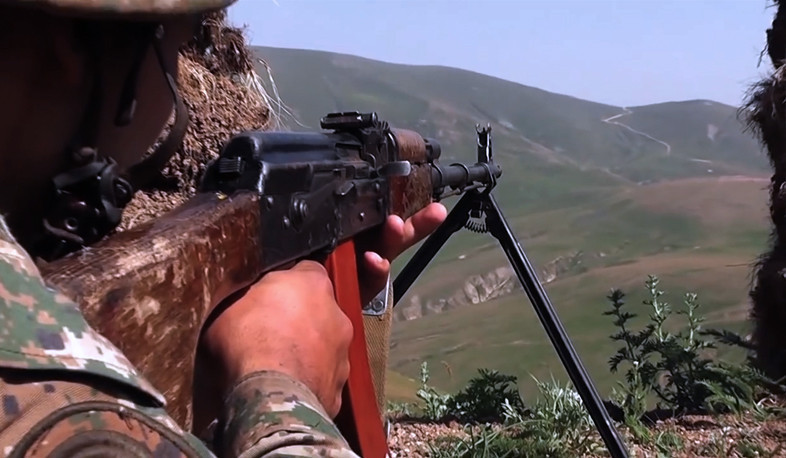 On the morning of August 16, the units of the Azerbaijani Armed Forces also provoked in the direction of Nakhichevan on the Armenian-Azerbaijani border, in the Yeraskh section.

In particular, at around 09:50, senior non-commissioned officer Vahan Dimiki Tatosyan, a serviceman of the N military unit of the RA Armed Forces, born in 1975, received a fatal gunshot wound from a shot fired by the enemy sniper.

The Ministry of Defense of the Republic of Armenia shares the grief of the loss, expresses support to the family members, relatives and colleagues of the deceased serviceman.

As a result of the retaliatory actions taken by the Armenian side, the enemy suffered losses.