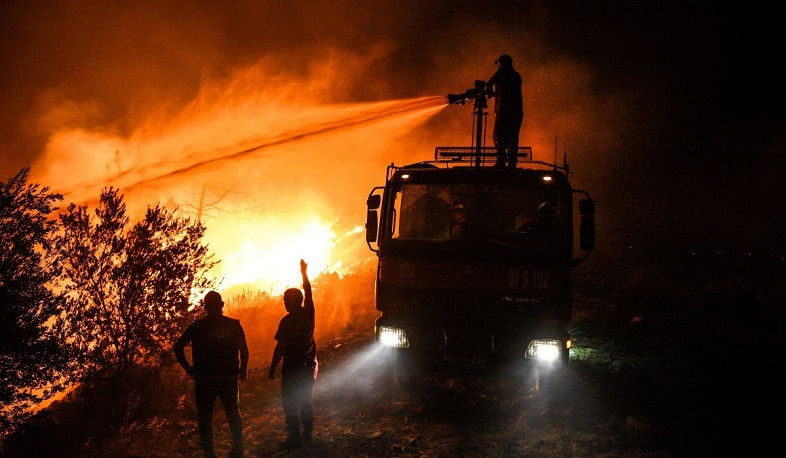 Turkish firefighters continued to battle a raging fire in Aegean town of Koycegiz on Tuesday (August 10) after nearly 240 blazes were brought under control in the last 13 days, Reuters reports.

Regional Fire Department authorities said that the only wildfires continuing to burn were in the Mugla districts of Milas and Koycegiz.

The U.N. climate panel sounded a dire warning on Monday (August 9), saying the world is dangerously close to runaway warming and humans are "unequivocally" to blame, with greenhouse gas levels high enough to guarantee climate disruption for decades.

The 1.1-degree Celsius warming already recorded has been enough to unleash disastrous weather, including the wildfires in Turkey, Greece and the U.S. West.