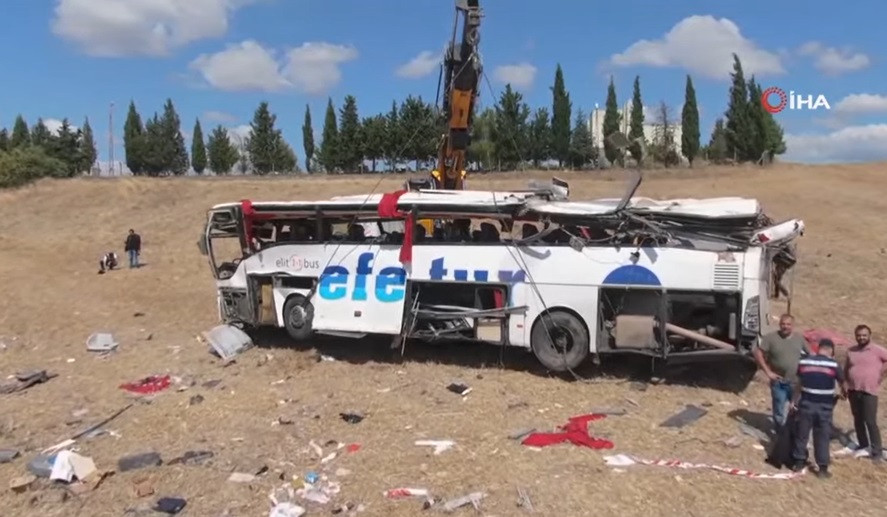 A passenger bus overturned in western Turkey on August 8, killing at least 15 and injuring 17, according to emergency responders, Hurriyet Daily News reported.

The bus went out of control and overturned on the Balıkesir Highway while heading to the western province of Balıkesir’s Edremit district.

Although rescue and emergency teams were dispatched to the crash site, 11 people died at the scene.

An investigation to determine the cause of the accident is underway

In the first examination made at the accident site, it was determined that the passenger bus entered the bend at a speed of 95 kilometers per hour and left a brake mark of about 40 meters on the road.

Another major bus crash also took place in Turkey recently in which six people were killed and 37 more were injured after a bus collided with a truck in the Aegean province of Manisa.