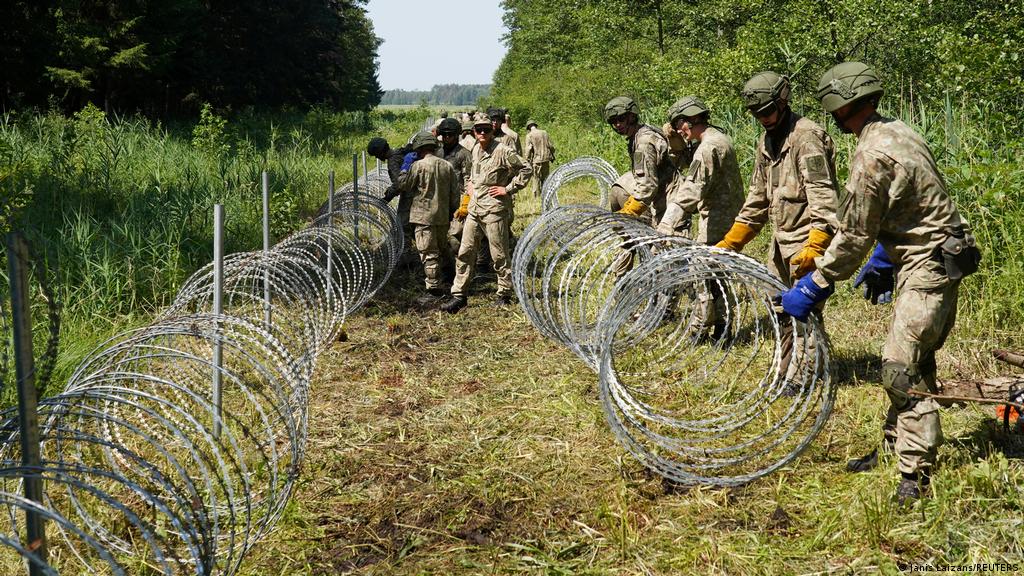 The Lithuanian State Border Guard Service (VSAT) has proposed to erect a four-meter-high welded wire mesh fence along the border with Belarus, estimating the cost at more than 150 million euros, LRT reports.
“We are planning to build [a fence of] at least four meters from the ground, with concertina wire, on the state border,” Deputy VSAT Commander Colonel Vidas Macaitis told BNS on Monday.
The fence will be “reinforced so that it cannot not be cut easily”, he added.
The Y-shaped fence would run for 508 kilometers along the border with Belarus and would cost an estimated 152.460 million euros.
“We are now preparing technical specifications and will start the procurement process shortly. Of course, the biggest problem is money,” the deputy commander told BNS.
Depending on the funding, it may take between a year and three years to erect the fence.
Construction of the fence will start along the most vulnerable sections of the Lithuanian-Belarusian border, according to the official.
European Commissioner for Home Affairs Ylva Johansson also said earlier on Monday that a physical barrier at Lithuania's border with Belarus was necessary.
The Interior Ministry estimates that installing a physical barrier along with surveillance systems could cost about half a billion euros in total.
Views 20