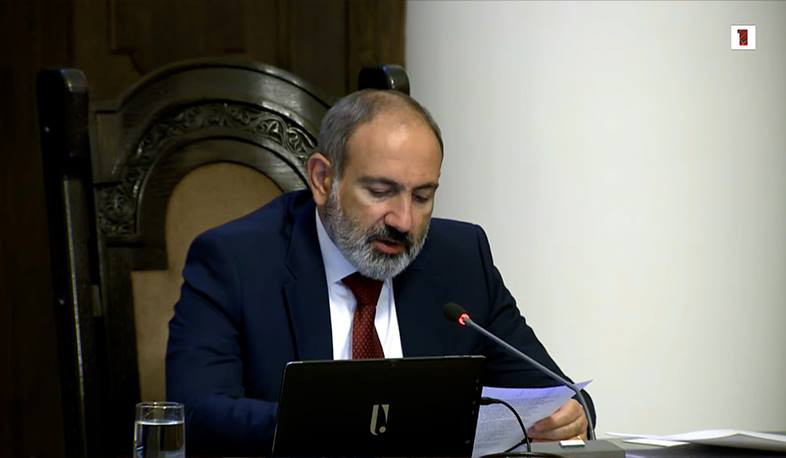 I think it makes sense to consider deployment of Russian border guards’ bases along the entire Armenian-Azerbaijani border: Pashinyan

Azerbaijan’s attempts to show that Armenia is against the process of delimitation and demarcation of borders, have nothing to do with reality, Acting Prime Minister Nikol Pashinyan announced at the Government session.

“We are in favor, moreover, we have received a mandate from our own people to start such a process, to establish stability and peace in the region. Yet at the May 27 meeting of the Security Council, I voiced our views on the launch of delimitation and demarcation work. These are the following: withdrawal of both Armenian and Azerbaijani troops from the Armenian-Azerbaijani borderline in the Sotk-Khoznavar section, installation of Russian border troops’ bases along the borderline and monitoring of the borderline, then start of delimitation works, for which we have repeatedly stated our readiness. Taking into account the current situation, I think it makes sense to consider the deployment of Russian border guards’ bases along the entire Armenian-Azerbaijani border, which will allow delimitation and demarcation work to be carried out without the risk of military clashes,” Pashinyan said.

He informed that they are going to discuss the issue with their Russian counterparts.