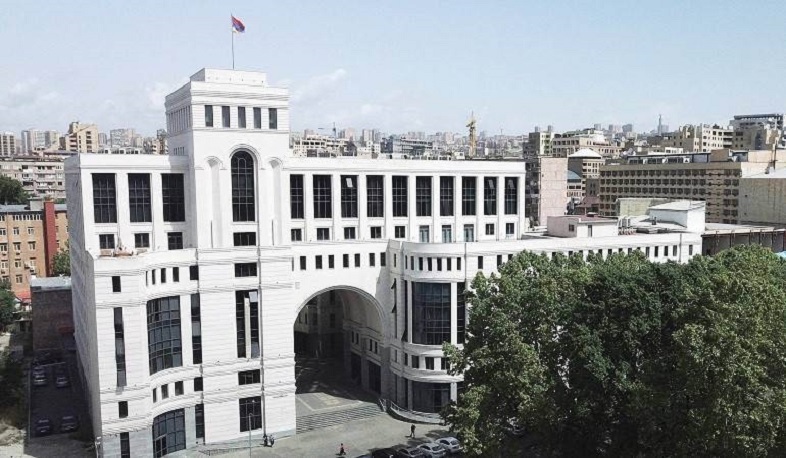 Armenia will use all its military-political tools reserved by international law: Armenia’s Foreign Ministry

On July 28, at around 3:40 am, units of the Azerbaijani armed forces, which had infiltrated the sovereign territory of the Republic of Armenia since May 12, attacked the Armenian positions located in the north-eastern direction of the Armenian-Azerbaijani border, resulting in local battles. According to preliminary information, there are casualties.

It is noteworthy that the Azerbaijani side has been deliberately initiating escalation amid the ongoing illegal presence of its armed forces on the sovereign territory of the Republic of Armenia, while the Azerbaijani leadership substantiates such actions by making territorial-historical claims to Armenia.

In response to the use of force by Azerbaijan against the territorial integrity of Armenia, the Republic of Armenia will use all its military-political tools in accordance with international law.

We strongly condemn the military actions of the Azerbaijani side undermining regional peace and security.

The military-political leadership of Azerbaijan bears full responsibility for the further escalation of the situation.