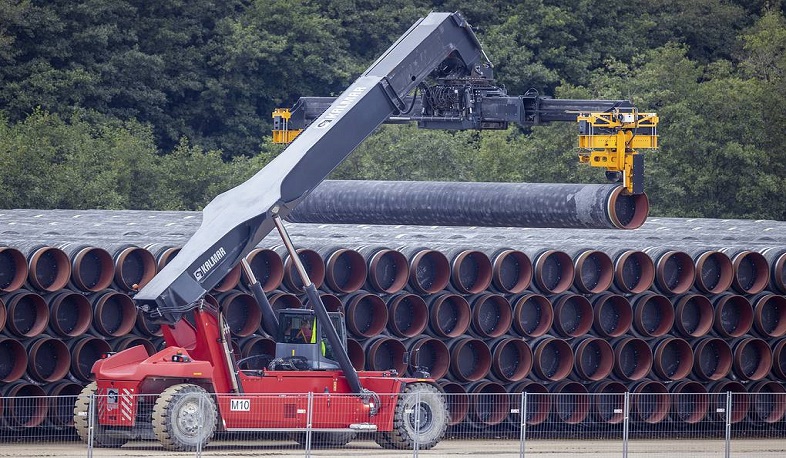 In the midst of tense negotiations with Berlin over a controversial Russia-to-Germany pipeline, the Biden administration is asking a friendly country to stay quiet about its vociferous opposition. And Ukraine is not happy, Politico reports.

U.S. officials have signaled that they’ve given up on stopping the project, known as the Nord Stream 2 pipeline, and are now scrambling to contain the damage by striking a grand bargain with Germany.

At the same time, administration officials have quietly urged their Ukrainian counterparts to withhold criticism of a forthcoming agreement with Germany involving the pipeline, according to four people with knowledge of the conversations.

The U.S. officials have indicated that going public with opposition to the forthcoming agreement could damage the Washington-Kyiv bilateral relationship, those sources said. The officials have also urged the Ukrainians not to discuss the U.S. and Germany’s potential plans with Congress. A senior administration official disputed this reporting, noting that the situation is more nuanced than that, but declined to share further details on U.S. officials’ talks with their Ukrainian counterparts.

American negotiators and diplomats have signaled that they have given up on blocking completion of the pipeline, known as Nord Stream 2, which will ship cheap natural gas from Russia to Germany and stands to be a boon for Moscow.

In the meantime, they have been trying to mollify a key regional partner in Ukraine - which stands to lose the most from the pipeline’s ultimate completion - and rebuild the frayed U.S. relationship with Germany, which supports the pipeline. President Joe Biden and German Chancellor Angela Merkel did not reach an agreement on how to handle the matter when she visited Washington last week, Reuters reported. Biden said after meeting with her that “good friends can disagree.”

In ongoing talks with Germany, U.S. officials are trying to limit the risks the pipeline will present to Ukraine and to European energy security, the official told Politico. American and German officials are in talks about the pipeline and its impact on Ukraine, that official added. They are looking for ways to reduce the damage it does to the young democracy.