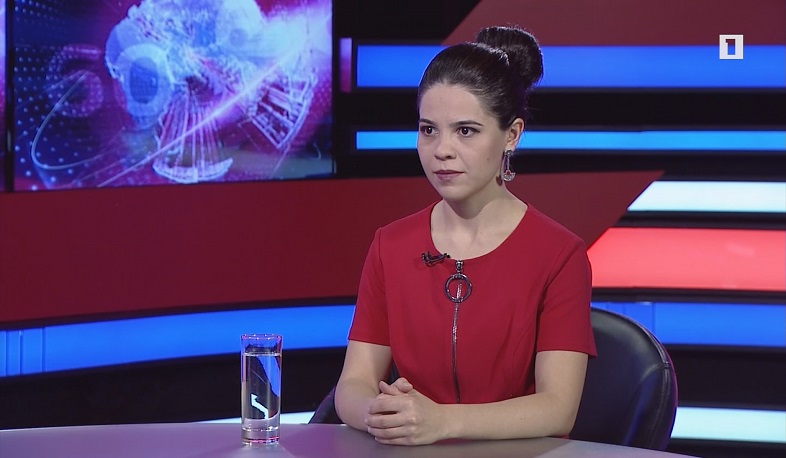 Tatevik Hayrapetyan, MP of My Step faction of the National Assembly, member of the Armenian delegation to the PACE, addressed the PACE summer session during the discussion of the report ‘On Freedom of the Press, Public Trust, People’s Right to Be Aware.’

“I value the discussion we are having here very much. It is very important to understand what kind of a role the media can play. And I would like to ask us to look at it from another prospective. Free media and journalists, who have freedom to write and create discourses, avoid wars.

Judging from the speeches my Azerbaijani colleagues are having here when they are proudly speaking about the, so-called, ‘victory’ in the war, I was thinking what would happen if Azerbaijan had free media and would have a discourse on peace. If the topic of peace will not be under taboo in Azerbaijan, if they have the freedom to talk about the solutions which were proposed by the friend mediators during the negotiation process which lasted for 20 years.

What will be if Azerbaijan will not have a ‘blacklist’ of journalists who are visiting Nagorno-Karabakh and write about the humanitarian aspect of the conflict? What will be if during the war will not attack the Armenian international journalists putting aside that there was a ‘Press’ button on the helmets they were wearing.

And in the end, unfortunately even after the ceasefire statement, recently we have witnessed that UEFA was even surprised that Azerbaijanis rejected to give an accreditation to some journalists who have Armenian surnames, from Armenia and Russia. And all this show that the topic of peace, the discourse of peace was under taboo in Azerbaijan, and now my Azerbaijanis colleagues unfortunately think that the only way was war, because it was propagated so.

I value this report and I think that media freedom is important, and sometimes journalists with their work, which is very hard, sometimes they work in very hard conditions, can even help avoid wars, can help fight against hate speech and hate propaganda,” Hayrapetyan said.