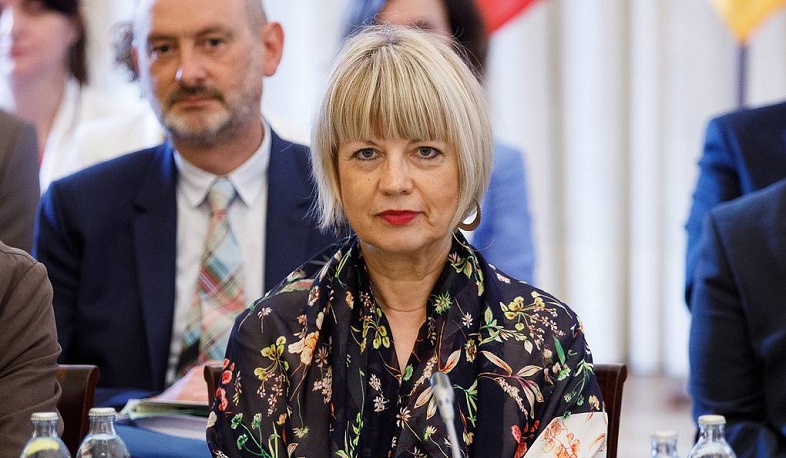 OSCE Secretary General Helga Schmid said at a meeting with Russian Foreign Minister Sergey Lavrov Monday that she intends to address “some other conflicts,” TASS reported.

“We are working within the framework of the Minsk Group Co-Chairs to promote a long-term settlement of the Nagorno-Karabakh (Artsakh) conflict. And we will also discuss the settlement process, which also shows that the OSCE supports the mediation as an action of confidence-building measure,” she said.

Lavrov in his turn noted that he expects to exchange detailed views on the current state of the OSCE actions “in terms of all three ‘baskets’ - political, economic, environmental and human rights.”

“Conflicts with whose settlement the OSCE is engaged in are a separate large block of tasks. I also mean the internal discussions of Ukraine, Karabakh, Transnistria, and Geneva on Transcaucasia. As they say at us: there is work to be done,” he added.