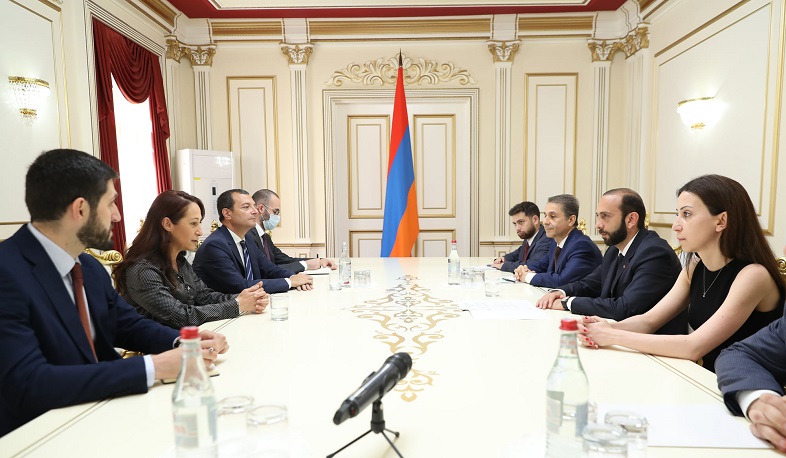 Welcoming the guest, Ararat Mirzoyan thanked her for arriving in Armenia to carry out an observation mission and recalled that the latter also observed the December 2018 snap parliamentary elections. The Speaker of the National Assembly added that these elections are aimed at resolving the tense domestic political situation following the trilateral statement of November 9 last year.

Expressing gratitude for the reception, the Vice Speaker of the Italian Senate expressed hope that the citizens will make their choice, as a result of which a new stage of stability will begin in the country.

The parties discussed issues related to the situation in Artsakh (Nagorno-Karabakh), the importance of the return of Armenian prisoners of war (POWs) and other detainees and the participation of international partners in the issue, Azerbaijan’s encroachment on the territory of the Republic of Armenia, resumption of peace talks under the auspices of the OSCE Minsk Group. The Italian side expressed readiness to be involved in the preservation of the Armenian cultural heritage in Nagorno-Karabakh.

At the end of the meeting, the high level of Armenian-Italian friendly relations was noted with mutual satisfaction.