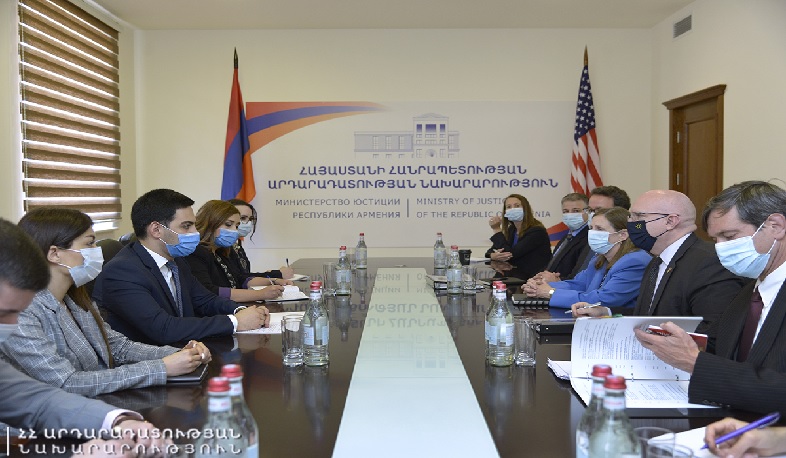 Ambassador of the USA to Armenia Lynne Tracy also attended the meeting.

Rustam Badasyan welcomed the visit of the high-ranking U.S. official to Armenia and said that it shows the close cooperation between the governments of the two countries. The Minister thanked the U.S. government for supporting the democratic agenda of Armenia.

Philip Reeker thanked for the meeting, highlighted the cooperation with the Justice Ministry of Armenia for strengthening rule of law and noted that he has visited Armenia for getting familiarized with the challenges facing the country resulted by the pandemic and the tragic developments of 2020.

During the conversation the American official assessed the early parliamentary elections of 2018 impressive and hoped that the upcoming elections will also be democratic, free and fair.

The acting minister expressed gratitude to the US government for its support to Armenia’s agenda for reforms in the anti-corruption field and justice and police reforms and attached importance to the cooperation with the US Department of State and the USAID.

During the meeting, Badasyan touched upon the implementation of the Armenian government’s strategies on the fight against corruption and reforms in the judiciary and police reforms, particularly the works being carried out for the establishment of the Ministry of Internal Affairs and the Patrol Service.