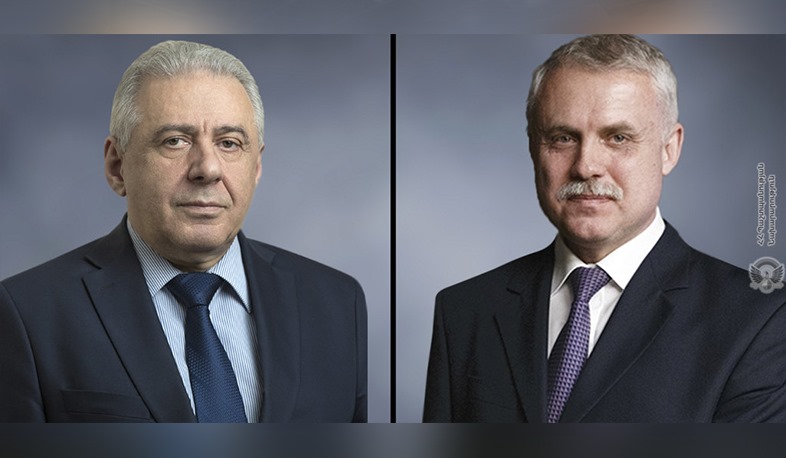 In fact, the problem created by the Azerbaijani provocation has not been solved: Vagharshak Harutyunyan to Stanislav Zas

Harutyunyan presented the ongoing situation on the Armenian-Azerbaijani border, stating that despite the fact that some groups of the Azerbaijani servicemen have returned to their initial positions today and in the past days based on the agreement reached, some of the Azerbaijani troops still remain in the territory of Armenia, and in fact, the situation caused by the Azerbaijani provocation has not been solved.

Harutyunyan noted that taking into account the fact that the Azerbaijani servicemen are under the full control of the Armenian units, as well as the fact that major forces are accumulated from both sides on that sections of the border, the consequences could be unpredictable if the situation is not solved as quickly as possible.

Zas in his turn said CSTO closely follows the developments, adding that it will be discussed in coming days during the session of the CSTO Council of Foreign Ministers in Dushanbe.