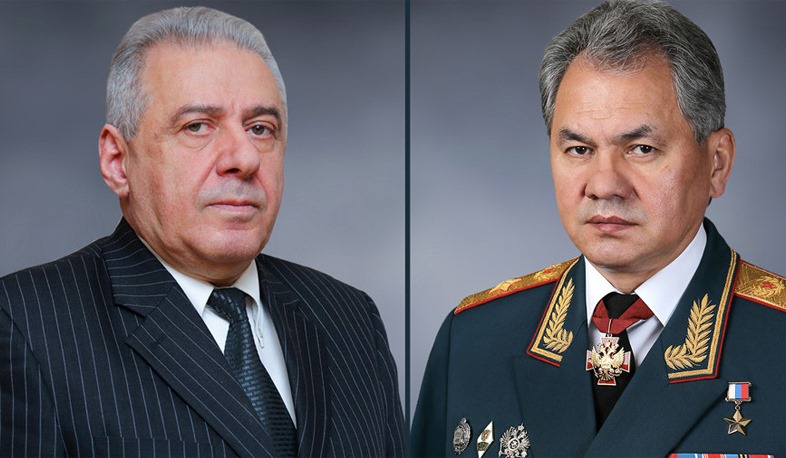 Areas where Azerbaijanis invaded are under the full control of Armenian army: Vagharshak Harutyunyan to his Russian counterpart

Harutyunyan presented to his Russian counterpart the Armenian side’s actions in this situation, noting that in all areas where the Azerbaijani [troops] have invaded, including in Black Lake (Sev Litch), the entire terrain, the servicemen and the roads are under the complete control of the Armenian army.

Highlighting the need for a peaceful resolution to the situation, at the same time Harutyunyan considered inadmissible any encroachment against the sovereign territory of the Republic of Armenia.

During the telephone conversation, Harutyunyan and Shoygu also discussed a number of issues related to the Armenian-Russian military cooperation, the Russian peacekeeping mission in Artsakh (Nagorno-Karabakh) and regional security.