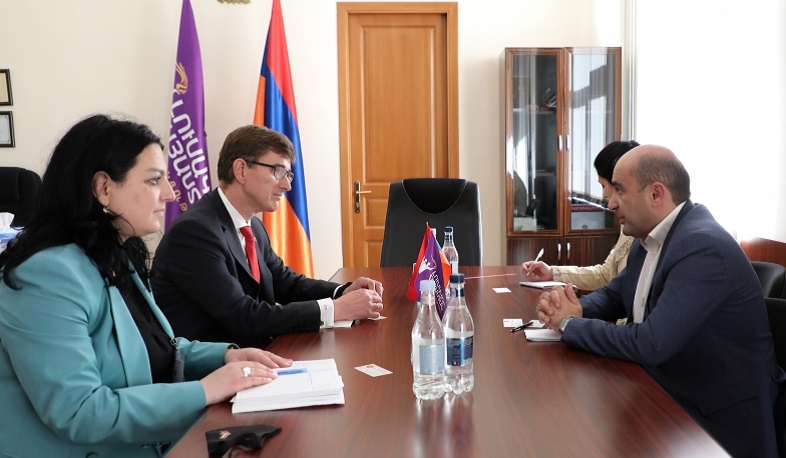 Welcoming the guest, the head of the faction congratulated him on his appointment to a responsible position and expressed hope that through his activities Nico Schermers will contribute to the development of relations between the parliaments of the two countries.

The interlocutors discussed issues related to the deepening of bilateral ties. The ambassador mentioned the cooperation of ‘Bright Armenia’ with the Dutch People’s Liberation Democratic Party (VVD).

During the meeting, Marukyan spoke about the return of Armenian prisoners of war (POWs) held in Azerbaijan, using the efforts of the Government of the Kingdom of the Netherlands to return Armenian POWs to their Homeland a few days ago.

Issues related to the holding of snap parliamentary elections in Armenia in June were also discussed.