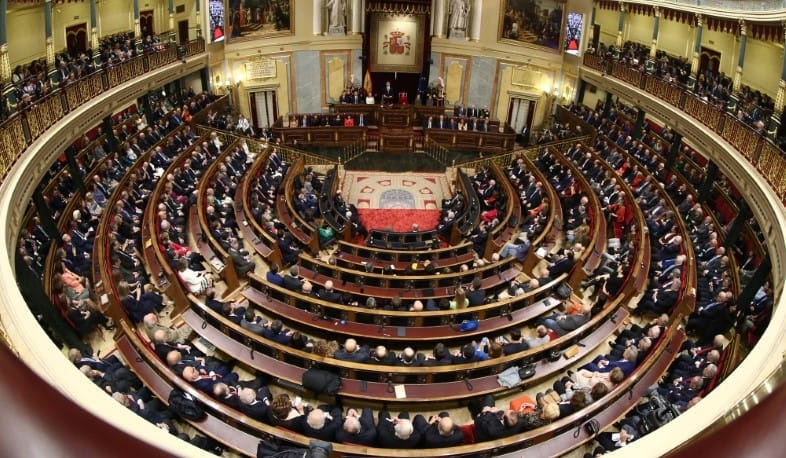 The 27 deputies of the Spanish Congress, 13 members of the Senate, as well as more than 60 members of the parliaments of the various autonomous communities, the city council, ask the Spanish government to intervene in the immediate release of all Armenian prisoners of war.

“Six months after the ceasefire statement signed between Armenia, Azerbaijan and Russia on November 9, 2020, the Baku regime still refuses to apply one of its main humanitarian provisions - the release of prisoners of war (POWs). According to the information received, more than 200 Armenian soldiers are in captivity in Azerbaijan. During a press conference on February 26, President Ilham Aliyev announced that he considered them terrorists, commenting that they had been arrested after November 9. However, the reality is that at that time the soldiers were under siege in Hadrut. This part was besieged by jihadist mercenaries and the Azerbaijani-Turkish Armed Forces, but was not occupied at the time of signing the statement.

This gross violation of the statement once again shows that the President of Azerbaijan Ilham Aliyev is not fulfilling his obligations. His priority is hatred towards Armenians, whom he promised to “hunt like dogs.” He and his allies carried out a military aggression in Nagorno-Karabakh for 44 days under the name of Pan-Turkism. The bombings, the attacks, the executions were mostly the cause of the death of more than 3,500 20-year-old Armenian soldiers; tens of thousands of people became refugees, and internally displaced people (IDPs). These are facts that break the hope of the Armenian people to return to normal life in their own historical territories, 106 years after the Armenian Genocide.

During this conflict, Azerbaijan committed various war crimes. There are many videos where we see the execution of Armenian POWs, civilians, inhuman torture, even the mutilation of corpses. Given all this, one can be horrified at the treatment of those who are currently under the whim of that oil dictatorship. We should not forget that this regime is one of the last on the planet in the Freedom and Democracy report recently published by Freedom House. This qualification has been repeatedly given by various human rights NGOs. ‘Reporters without Borders’ also ranked Azerbaijan 168-th out of 180 countries in the ranking of press freedom. A country that is a leader in human rights violations.

Unfortunately, the OSCE Minsk Group could not prevent the war or protect its victims, but it should at least have been able to ensure that the humanitarian provision of the ceasefire statement was respected. The implementation of this provision is a precondition for achieving final peace through negotiations. Law must prevail over violence in this region, which cannot be abandoned in the conditions of barbarism and totalitarianism.

Due to the above-mentioned circumstances, we, the undersigned, ask the Spanish Government to use all its power and international influence to achieve the release of the Armenian POWs.”