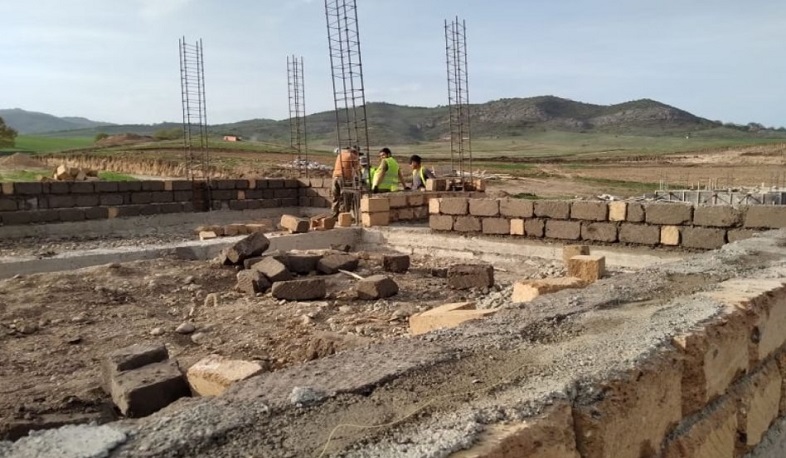 Concrete foundations of ten private houses have already been laid in the new settlement under construction in Astghashen for the displaced residents of Sghnakh, Jraghatsner, Moshkhmhat and Madatashen villages of Askeran, the Artsakh (Nagorno-Karabakh) Ministry of Urban Development reports.

According to the project, the new settlement to be built for the displaced population from four villages of Askeran will also have a community center, where the municipality will be located, a health clinic and a community event hall for 200 people.

It is planned to put it into full operation by the end of 2022.