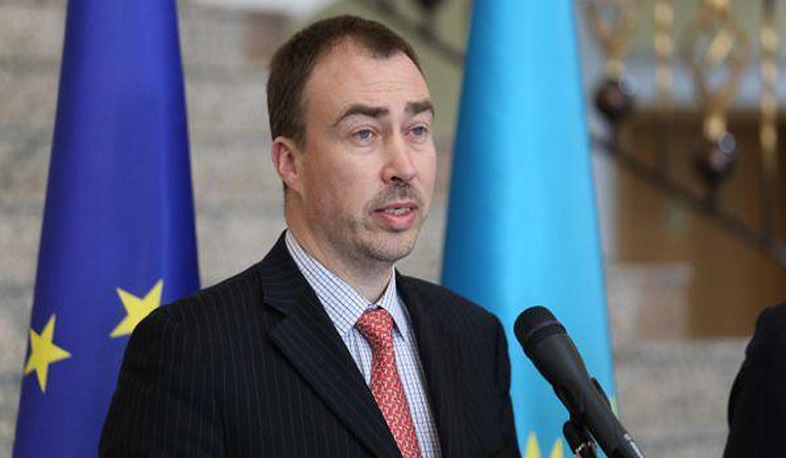 The EU Special Representative for the South Caucasus Toivo Klaar has commented to Turan news agency the criticism of the Ministry of Foreign Affairs of Azerbaijan after his meeting on April 14 in Yerevan with Foreign Minister of the Republic of Artsakh David Babayan.
On April 16, EU Ambassador to Baku Kestutis Jankauskas was called to MFA. The ambassador was informed that such actions of the EU special representative for the South Caucasus undermined the confidence of the Azerbaijani side in him.
Klaar said that both Ambassador Jankauskas and he have been in contact on the matter with various Azerbaijani high-level officials over the past few days. He once again reiterated that this meeting, held in Yerevan on 14 April, could in no way be interpreted as a change of the EU’s position.
The EU Special Representative said that they have always talked about such meetings openly with our Azerbaijani counterparts. “Also in this case, I informed the Azerbaijani leadership in advance about my intention to have this meeting during my last visit to Yerevan. My goal was to have the best possible understanding about the current situation on the ground, in line with the mandate given to me by EU Member States.”
According to the EU official, in the Georgia context, where the EU plays a more prominent role as a mediator, the EUSR has always had meetings with Abkhaz and South Ossetian representatives, both in the framework of the Geneva International Discussions and consultations on the ground, in Sukhumi and Tskhinvali, for instance. “These meetings were neither disrespectful of the sovereignty and territorial integrity of Georgia, nor affected the EU policy of non-recognition.”
“The EU was born as a peace project and has a lot of experience in reconciliation. To achieve that, people need to be able to listen to each other, hear each other, talk to each other, first of all diplomats. The EU would like to see the South Caucasus as an area of peace, development and prosperity. That process is ongoing,” said EU Special Representative for the South Caucasus Toivo Klaar.
Views 606