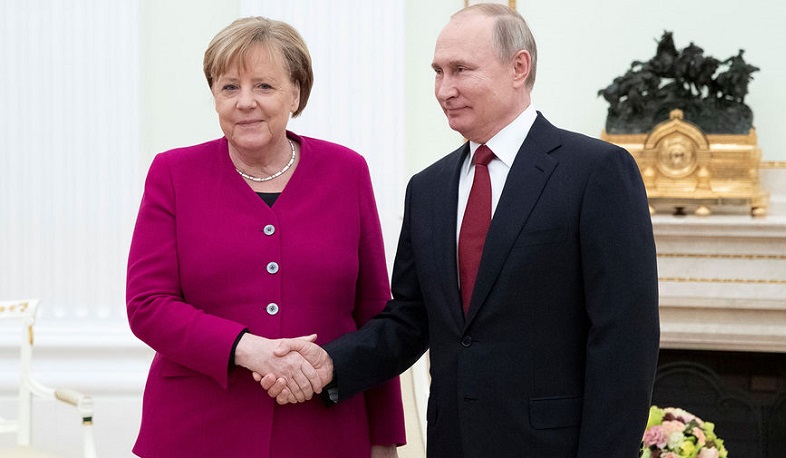 Russian President Vladimir Putin had a telephone conversation with German Chancellor Angela Merkel, during which a number of issues were discussed, according to the Kremlin’s official website.
While exchanging opinions on ways of resolving the intra-Ukrainian crisis, the Russian President and the German Chancellor voiced concern in connection with the escalation of tensions in southeastern Ukraine (in Donbas).
They also discussed the Syrian issue, the situation in Libya and the issue of Alexei Navalny.
Views 27