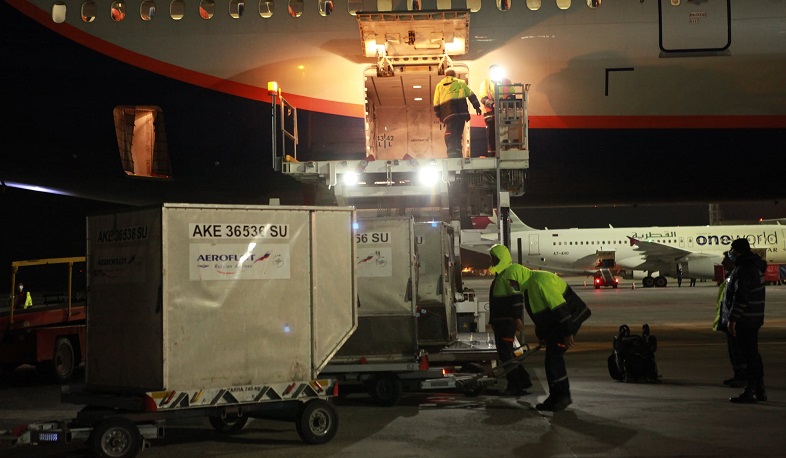 The first batch of 15,000 doses of the Russian “Sputnik V” coronavirus vaccine was delivered to Armenia on Thursday morning.
The cargo was met by the Counselor of the Russian Embassy in Armenia Pavel Kurochkin and Director General of National Center for Disease Control and Prevention Artavazd Vanyan. The representative of Rossotrudnichestvo (Federal Agency for the Commonwealth of Independent States Affairs, Compatriots Living Abroad, and International Humanitarian Cooperation) in Yerevan Andranik Arzumanyan was also present at the airport.
The planned delivery was announced on Wednesday by the Armenian Prime Minister Nikol Pashinyan during a meeting with Russian President Vladimir Putin in Moscow. The Prime Minister also thanked the Russian leader for his support in the fight against coronavirus infection.
Vaccination with “Sputnik V” in Armenia is being carried out on a voluntary basis among medical workers involved in the fight against COVID-19.
In total, 600 people have been inoculated since 11 March, when vaccination with a pilot batch of “Sputnik V” began.
Views 1058