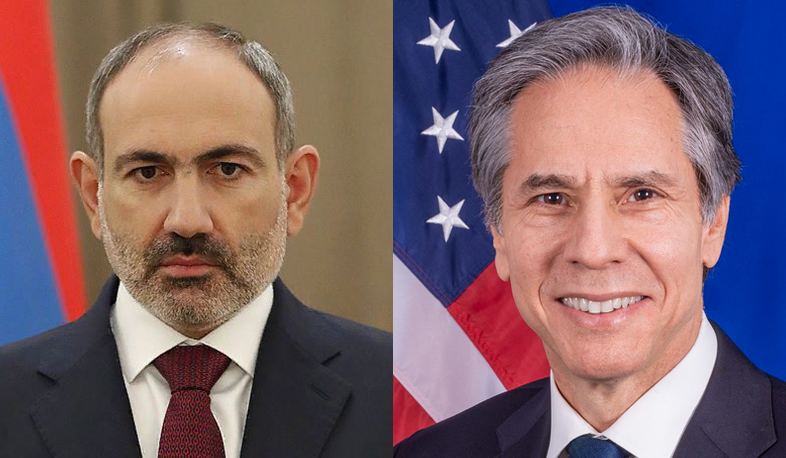 Prime Minister Nikol Pashinyan had a telephone conversation with U.S. Secretary of State Antony J. Blinken. Nikol Pashinyan first congratulated Mr. Blinken on being appointed to such a high state position. Speaking about the bilateral relations, Prime Minister Pashinyan appreciated the U.S. Government’s continued support to Armenia and the role played by the United States within the OSCE Minsk Group.
The parties next referred to the situation established in the region following the war. The need to resume the peace process in the OSCE Minsk Group format was emphasized on both sides. The Armenian Premier called his interlocutor’s attention to the need for Azerbaijan to immediately return the prisoners of war, hostages and people held in captivity. In this context, the U.S. side highlighted the Minsk Group Co-Chairs’ activities and voiced readiness to continue its role in resolving the conflict. The Secretary of State stressed the importance of developing close partnerships with Armenia. He hailed Armenia’s achievements in the field of democracy and assured that the United States will continue to assist Armenia with the ongoing reform process.
Both sides stressed the need for endeavoring towards strengthening the rule of law, fighting corruption and advancing the judiciary and police reforms in Armenia. Nikol Pashinyan thanked the U.S. side for appreciation and readiness to provide assistance in the field of reforms.
Views 2492