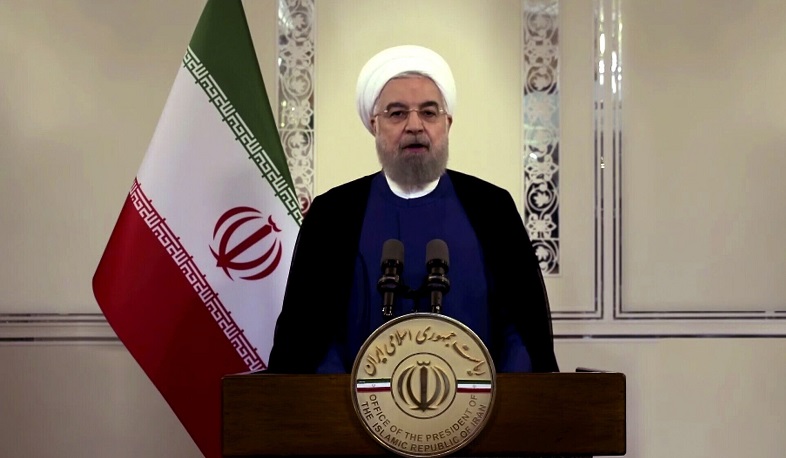 United States to knee down before Iran: Rouhani

The Iranian President Hasan Rouhani made the remarks on Monday, speaking at the inauguration ceremony of national projects of the Oil Ministry.
The 2015 nuclear deal was so big that the whole world tried to break its back, and Trump, in this case, implemented the policies of the Zionists and the reactionary states of the region, Rouhani said referring to Trump's 2018 withdrawal from the agreement.
In 2020, Iran witnessed the defeat of the butcher and criminal president of the United States Donald Trump, he said, adding that today, the new US administration has admitted four times that maximum pressure on Iran was wrong and ineffective, Mehr reports.
This is a big achievement in history; those who imposed the sanctions on Iran fully acknowledge that the sanctions and pressures have reached nowhere.
He also spoke about the impacts of the US sanctions on Iran's economy, saying that due to the sanctions on the oil sector, in recent years Iranian government managed to run the country with the slightest reliance on oil budgets and through increasing non-oil exports.
Saying that Iran's petrochemical production will reach 100 million tons next year, President Rouhani noted, “A large part of these non-oil exports is related to petrochemicals and steel sectors that both of them play a major role in this regard.”
In the current Iranian year, the country has exported $ 31 billion of non-oil products to foreign countries, he also added.
Views 131