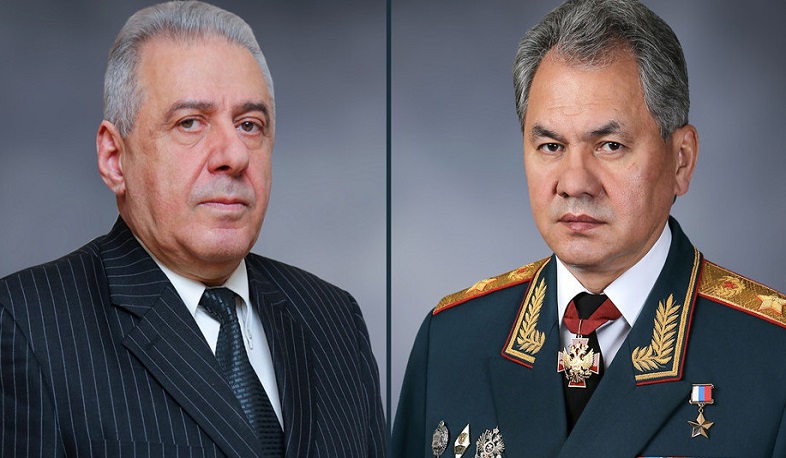 Vagharshak Harutyunyan and Sergey Shoigu discussed the situation in Armenia

On the initiative of the Russian side, on February 25, the RA Minister of Defense Vagharshak Harutyunyan and the Minister of Defense of the Russian Federation, General of the Army Sergey Shoigu had a phone conversation.
The heads of the defense ministries of the two strategic allies discussed the situation in Armenia. During the conversation, reference was also made to the mission carried out by the Russian peacekeeping contingent in Nagorno Karabakh, as well as to a number of other issues of mutual interest.
Views 1125