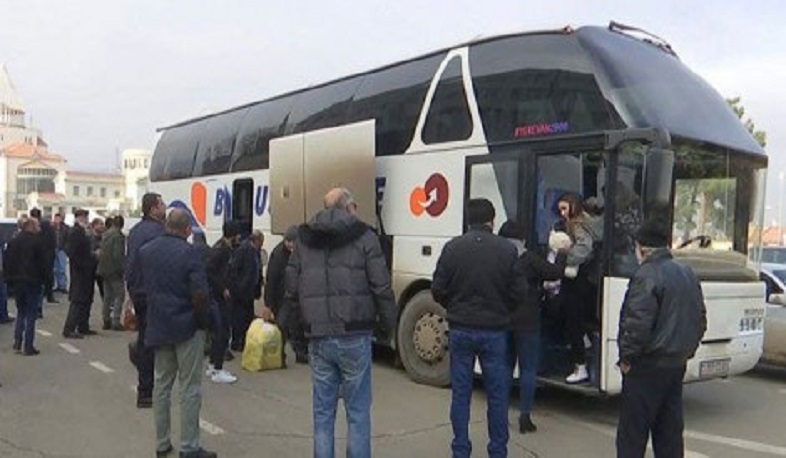 Within a day, 19 displaced people returned to Artsakh from Armenia

Information bulletin of the Ministry of Defense of the Russian Federation on the activities of the Russian peacekeeping contingent in the zone of the Nagorno-Karabakh conflict (as of February 20, 2021)

“The Russian peacekeeping contingent continues to carry out tasks on the territory of Nagorno-Karabakh.

At twenty-seven observation posts, Russian peacekeepers conduct round-the-clock monitoring of the situation and control over the observance of the ceasefire regime.

The ceasefire is observed along the entire line of contact .

Russian peacekeepers ensure the safe return of citizens to their places of permanent residence and the restoration of civilian infrastructure, and provide humanitarian assistance to the population.

The demining teams of the Center for Humanitarian Demining are continuing their work on demining the territory of Nagorno-Karabakh. During the day, 15 hectares of territory, 3 km of roads, 27 housing buildings were cleared , 34 explosive objects were discovered and removed for destruction . All with the November 23, 2020 from unexploded ordnance cleared in 1461 hectares of land, 453  km of roads, 1,425 housing constructions, including 30 socially important objects, found and neutralized 24 827 hazardous items.

To coordinate efforts to prevent possible incidents in the zone of responsibility of the Russian peacekeeping contingent, continuous interaction is maintained with the general staffs of the armed forces of Azerbaijan and Armenia”.