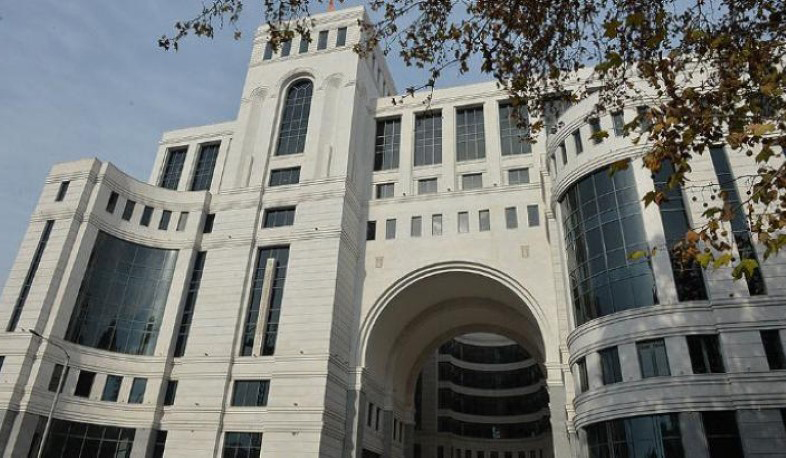 The events that started 33 years ago became a movement of revival of the Armenian people. RA MFA

The RA MFA made a statement on the occasion of Artsakh Revival Day. The announcement says:

“On February 20, 1988, the Council of People's Deputies of the Nagorno-Karabakh Autonomous Oblast made a historic decision to peacefully strive for the realization of the right of the Artsakh Armenians to self-determination. This decision came as result of arbitrary decrees on the status of Artsakh at the sovietization period of the region, the Azerbaijani SSR authorities’ decades-long policy of ethnic discrimination against the Armenian people, oppression of the Armenian identity, distortion of the Armenian historical and cultural heritage and deliberate policy of changing the demographic situation in Artsakh, which was openly admitted by the high-level leadership of Azerbaijan at different periods.

In order to suppress the right of the people of Artsakh to self-determination, the Azerbaijani authorities resorted to force in Kirovabad, Sumgait, Baku and other cities- hundreds of kilometers away from Artsakh- resulting in hundreds of victims and the complete annihilation of Armenians in Azerbaijan.

This policy gained a new momentum during the wars unleashed by Azerbaijan against the Republic of Artsakh, which were accompanied by mass atrocities, the complete annihilation of Armenians in the Azerbaijani-occupied regions of Artsakh, and attempts to destroy the Armenian identity of those territories.

The events unfolded 33 years ago, with all their achievements and losses, became a movement of revival of the Armenian people, emphasizing the nationwide unity, the aspiration to create a safe, free and  dignified life in their own  homeland”.