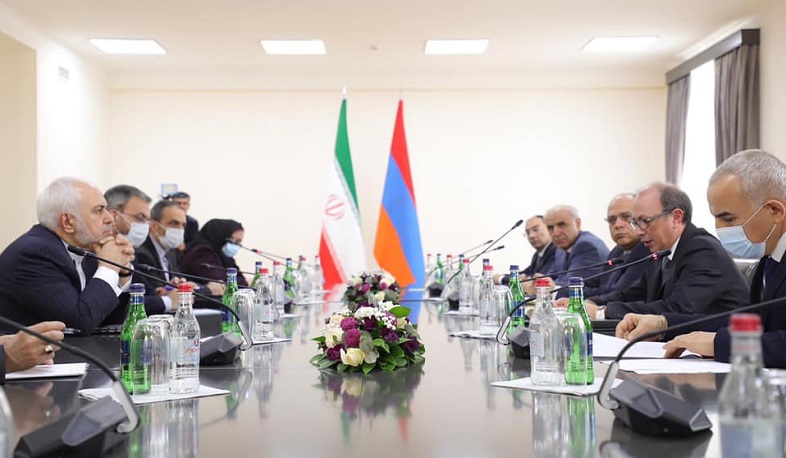 As a result of Azerbaijan's attempt to resolve the NK conflict by force, the region is facing new serious challenges. Aivazian

During a meeting with the Iranian Foreign Minister Mohammad Javad Zarif, the RA Foreign Minister Ara Aivazian referred to the situation in the region as a result of the war unleashed by Azerbaijan against Artsakh.
"Now our region is facing new serious challenges caused by Azerbaijan's dangerous attempt to resolve the Karabakh conflict by force. Armenia does not consider that the results of Azerbaijan's aggression and use of force against Artsakh can lay the groundwork for lasting peace or be seen as an opportunity for regional cooperation.
Iran is an important country in the region, and we respect Iran's approaches to build its relations with its immediate neighbors. However, we would like to emphasize once again that only a lasting peace that addresses the interests of all, where there are no "winners and losers", so-called "victories or defeats", can provide real guarantees for security, stability and development in the region". said the RA Minister of Foreign Affairs.