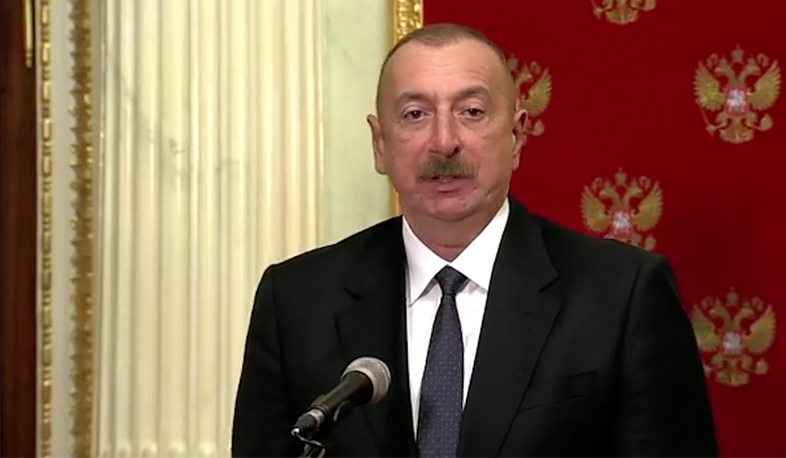 The opening of transport communication coincides with the interests of the peoples of Azerbaijan, Armenia, Russia and our neighbors. Aliyev

"Two months have passed since the tripartite declaration of a ceasefire, and today the meeting of the leaders of the countries that signed the declaration shows that we are ready for the results to assess the events of September-November. The statement signed today testifies to our intentions, because one of the points of the ceasefire statement was the unblocking of transport communication", said Azerbaijani President Ilham Aliyev after a meeting with the Armenian Prime Minister Nikol Pashinyan and the Russian President Vladimir Putin in Moscow today.
"This is an area that can give great impetus to the development of the region and strengthen security, as the opening of transport communication is in the interests of the peoples of Azerbaijan, Armenia and Russia, and our neighbors. We must continue to seek areas of activity that lead to rapid results", Aliyev said.
The President of Azerbaijan also noted that the November 10 statement is being implemented effectively. "Most of the points of the announcement have already been implemented. The Russian peacekeeping mission is doing its job effectively, and in two months, apart from minor incidents, there has been no cause for serious concern. All this gives hope that, as Vladimir Vladimir noted, the Nagorno-Karabakh conflict is in the past and we should think about the future. On how to live together in the neighborhood, how to unblock the transport veins, and strengthen regional stability and security in the future", Aliyev said.
Views 1165