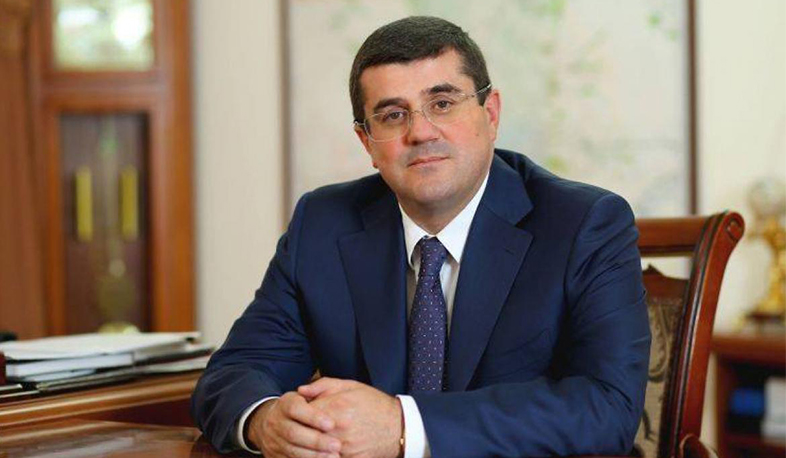 The French Senate resolution on the need to recognize Artsakh will be the beginning of new realities. Artsakh President

"The statement made by the Artsakh authorities in this regard is in our vital interests, which I publish below" :

"Welcome the resolution adopted today, November 25, by the Upper House of the French Parliament - Senate on the need for recognition of the Republic of Artsakh.

We express our deep gratitude to the senators, all individuals and organizations that made this historic decision possible.

It is remarkable that, among other important points in the adopted resolution, the Senate condemns the Azerbaijani-Turkish military aggression unleashed on September 27 against Artsakh involving terrorist mercenaries and calls on the French authorities to take all possible measures to restore the borders established in 1994, which essentially, they were enshrined in an indefinite ceasefire agreement signed by the Republic of Artsakh, Armenia and Azerbaijan.

We note the importance of the bold position of the French Senate calling on the government to ′′ recognize the Nagorno-Karabakh Republic and make this recognition the subject of negotiations on the establishment of a long-term peace ". We hope that this decision of the Senate will inspire the adoption of resolutions of such content and a similar force, primarily in the first place National Assembly of France, as well as in other countries of the world.

We reaffirm that after the aggression against the Republic of Artsakh, the military occupation of a large part of its territory and Azerbaijan's public refusal to discuss its status, any obstacles to the recognition of the independence of the Republic of Artsakh, which was largely due to fears to the process of peaceful settlement of the Azerbaijani-Karabakh conflict.

We are convinced that the process of international recognition of the Republic of Artsakh is also in the interests of the co-chairs of the OSCE Minsk Group, including the medium and long-term interests of the Russian Federation.

The international recognition of the independence of the Republic of Artsakh is based on the principles of justice and equality of peoples and will make an important contribution to the cause of greater security, stability and predictability in the South Caucasus".