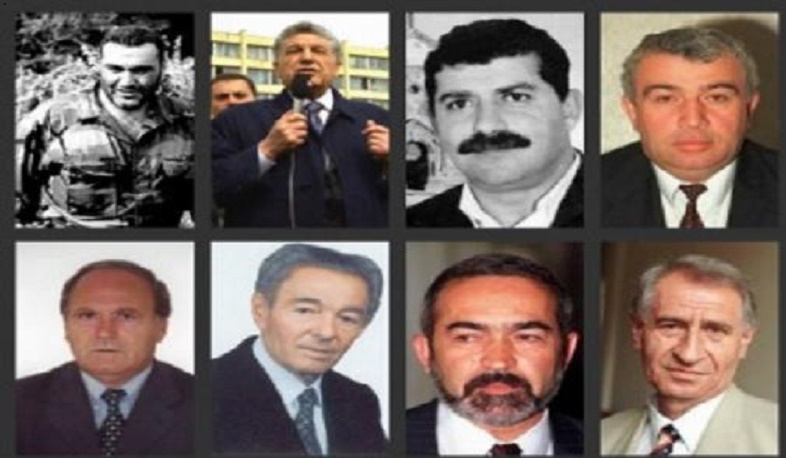 On this day in 1999, a group of armed criminals stormed the National Assembly and shot dead statesmen. The victims of the terrorist attack were the Speaker of the National Assembly Karen Demirchyan, the Prime Minister Vazgen Sargsyan, the NA Deputy Speakers Yuri Bakhshyan and Ruben Miroyan, MPs Armenak Armenakyan, Henrik Abrahamyan, Mikael Kotanyan, the Minister of Operative Management Leonard Petrosyan.
The court issued the verdict on December 2, 2003. Six of them, including Nairi Hunanyan, his brother Karen Hunanyan, his uncle Vram Galstyan, Derenik Bejanyan, Edik Grigoryan and Ashot Knyazyan were sentenced to life imprisonment. Hamlet Stepanyan was sentenced to 14 years in prison.
Last year, on the basis of the mediation of Yuri Bakhshyan's widow, Anahit Bakhshyan, the preliminary investigation into the separate part of the case on the organizers and sponsors of the terrorist attack was resumed, and an investigation group was set up at the NSS.
Author:Arman Galoyan
Views 850