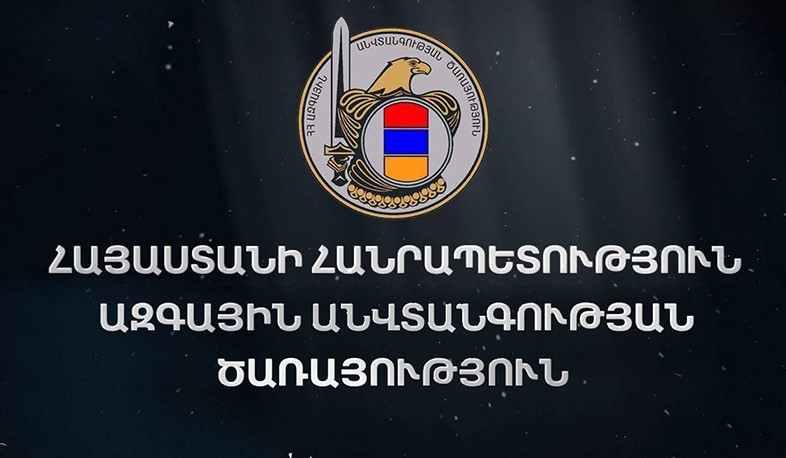 The loss of control over terrorists leaves Baku with no choice but to attribute the negative developments to Armenia in advance. NSS

The RA NSS issued a statement, emphasizing it considers absurd the statement of the State Security Service of Azerbaijan that the Armenian special services are preparing operations in major Azerbaijani cities and categorically denies the sick imagination of the Azerbaijani special services.
"Such absurd statements cannot be commented, but we dare to assume that the loss of control over jihadist terrorists, extremist terrorist groups and their agents, who were brought to Azerbaijan by the military-political leadership of Baku, leaves no way for official Baku to attribute negative developments to Armenia.
The RA National Security Service once again declares with all responsibility that the Republic of Armenia never targets the civilian population of Azerbaijan, unlike our enemy, who hours ago vented their anger of military failures on unarmed Armenian prisoners of war.
We are convinced that this terrorist act, as well as the ongoing terrorist acts committed by Azerbaijan, including the targeting of civilians, children, hospitals, civilian objects and even the church, will be severely internationally assessed", the NSS statement reads in part.
Views 3025