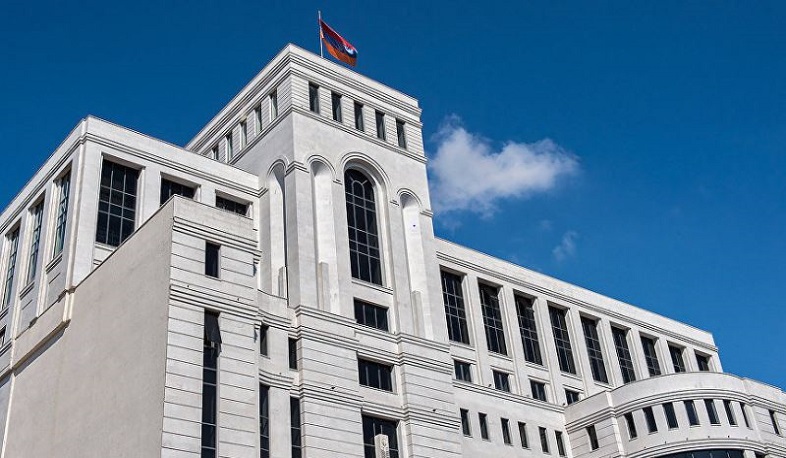 Statement of the RA Ministry of Foreign Affairs.

On October 1, the Azerbaijani armed forces used artillery in the direction of Shatvan village of the Gegharkunik region of the Republic of Armenia, as well as launched a missile attack from a combat UAVs at Mets Masrik settlement, as a result of which Gevorg Vardanyan, born in 1967, was killed and two civilians were wounded to varying degrees.

Notably, hours from the statement of the leaders of the OSCE Minsk Group Co-Chair countries on immediate cessation of hostilities Azerbaijan has opted for further escalation.

The Republic of Armenia strongly condemns these actions of Azerbaijan and considers them as a step aimed at further aggravating the conflict. We view this attempt of undermining regional security provoked and directly supported by Turkey as a response to the efforts and calls of the international community, particularly the OSCE Minsk Group Co-Chairmanship to establish peace.

The military-political leadership of Azerbaijan and Turkey bears entire responsibility for further escalation of the conflict.