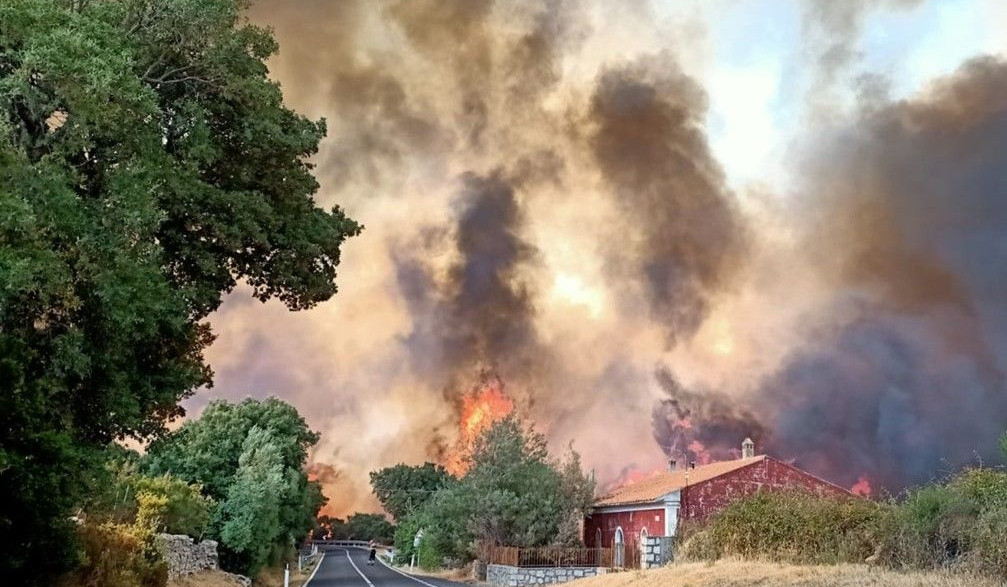 Footage showed flames and clouds of smoke rising above a forest. A plane dropped water on the blaze in an effort to stop it.

Lionel Fatton, who filmed the video, said he and his family left their holiday accommodation when the fire came close to the house, moving to a nearby hotel.

Local media said around 120 residents of the town of Villanova d'Albenga were evacuated, with some homes left uninhabitable, according to local news.

Wildfires raging through Europe this summer have burned the second-largest area on record, even though the region is only halfway through its typical fire season, according to data from the European Union's Joint Research Centre.